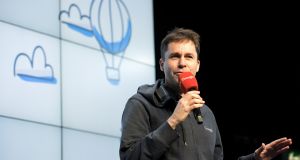 Google has announced a new head of its Irish operations, with Nick Leeder stepping into the role at the start of April.

Mr Leeder takes over from Fionnuala Meehan, who has been in the role for just over three years. She was appointed head of Google Ireland in October 2016. It is understood Ms Meehan is leaving the company.

A former News Limited executive, Mr Leeder joined Google in March 2011 as managing director for Australia and New Zealand, before moving to head up the company’s operations in France. In 2017, he moved to Dublin where he was appointed vice-president for Europe, Middle East and Africa of large customer sales. In this role, he was responsible for the expansion of Google’s relationships with the company’s largest customers in the region.

“Google Ireland is Google’s EMEA HQ, and at the heart of Google globally. Fionnuala has done a superb job over the past three years and leaves the site bigger, stronger and better connected. I will endeavour to make the next chapter as successful,” he said.

“We are in an unprecedented moment, and our first priority is the welfare of all our Ireland-based people – Googlers and our extended workforce – and the communities in which we live. We are working hard to ensure we continue to serve the billions of users who rely on us for information, and the millions of customers whose businesses we help power.”

1 Bank of Ireland sees more than 1,400 staff apply for redundancy
2 Air travel never going ‘back to way it was’
3 Coronavirus vaccine: 15 billion doses needed to inoculate the planet
4 Tesla’s value drops $50bn as Musk’s cheaper battery three years away
5 Should I switch bank now with Ulster Bank at risk of closing?
Real news has value SUBSCRIBE