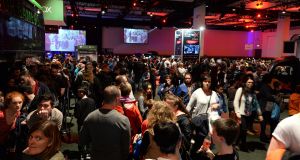 Disgruntled games fans who have applied for refunds from the weekend’s GamerCon exhibition will hear in the coming days if they are to get their money back.

Founder Ferdi Roberts said GamerCon would be in touch with ticketholders individually over the next five days after problems gaining access to the games event marred the first-time exhibition.

There were chaotic scenes outside the Convention Centre in Dublin on Saturday after thousands of people showed up to the games event only to find the venue was full.

Ticketholders took to social media to vent their frustration at queuing outside in the rain for two hours or more, many with young children. Some said they had given up and gone home without setting foot inside GamerCon.

Organisers said 21,600 people attended over the two days, with 11,000 on Saturday and the remainder on Sunday, and acknowledged there were “challenges” on the first day. They said those who did not use their tickets were offered a refund though they did not clarify exactly how many tickets were sold for the event.

“Having debriefed from Saturday, a number of important changes were instituted based on the day’s experience with the result that there were minimal delays in queues outside on Sunday, with most attendees experiencing between 30 and 45 minutes queuing into the venue which we feel is to be expected with an event of this scale,” Mr Roberts said in a statement.

The event has come under fire for selling ticket numbers that depended on a flow of people through the event.

On Saturday, Mr Roberts admitted they had overestimated traffic flow for the event.

Those who made it inside the Convention Centre complained of lengthy queues for everything from access to games and YouTube stars to food.

Mr Roberts said queues within the building were not under GamerCon’s direct control. There were also complaints about the number of staff and volunteers available to oversee the event.

It is not clear if GamerCon will return next year, or if plans to make it a Europe-wide event will proceed. The Dublin GamerCon was intended to be the kick-off for a series of GamerCons, starting with London.