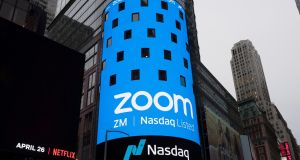 Zoom is developing the ability to block individual users in China from video calls at the request of Beijing in a move that will fuel western concerns about the Communist party’s influence over technology companies.

The plans come as California-based Zoom admitted to disabling the accounts of dissidents commemorating the Tiananmen Square massacre last week in Washington.

Zoom said on Friday it was “developing technology over the next several days that will enable us to remove or block at the participant level based on geography”.

“This will enable us to comply with requests from local authorities,” it added.

The company is the latest western technology group to be accused of censorship to avoid displeasing Beijing. This week, Apple removed podcast apps from its online store in China at the request of the government, according to the app developers.

In the same statement on Friday, Zoom admitted it suspended accounts and cancelled calls held by US-based Chinese activists at Beijing’s request, prompting criticism of the platform’s privacy and censorship.

Nasdaq-listed Zoom’s video chat service has exploded in popularity since lockdowns were introduced across the globe to slow the spread of Covid-19, hosting 300m users a day at its peak. But Zoom’s success has attracted scrutiny for its ties to China, where it has subsidiaries, servers and one-third of its developers.

“Companies with a conscience should not accept requests from dictatorships,” said Wang Dan, an activist affected by Zoom’s move to block accounts.

Mr Wang was one of the most prominent leaders of the pro-democracy student movement whose protesters were crushed by the Chinese army in Beijing on June 4th, 1989. “As an American company, Zoom has the responsibility to defend American values.”

Mr Wang and his team are considering taking legal action against Zoom. They have also switched to using a Google platform for their video calls.

Zoom said it had shut down dissidents’ entire calls and accounts as its present technology was not capable of selectively ejecting China-based participants from video conferences. The new technology it planned to roll out would allow it to do this, the company said.

Zoom said it had tracked down the location of mainland China-based users taking part in calls using data such as their IP addresses. With that information it shut down two meetings that involved China-based participants and a third that was hosted by an account that previously held meetings with China-based attendees.

The company said it declined a fourth request from Beijing to shut down a call because it had no participants from mainland China.

Two of the accounts suspended by Zoom belonged to Mr Wang’s colleagues. He said the accounts remained disabled, disputing Zoom’s claim that they had been reinstated. – Copyright The Financial Times Limited 2020