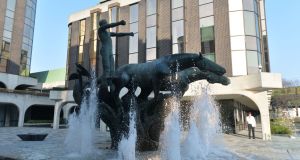 Irish Life is selling its technology arm to British player FNZ to allow the investment firm focus on its business in the Republic.

The British company confirmed on Monday that it was buying Irish Progressive Services International from Irish Life. Neither side revealed the price.

Irish Progressive Services International employs 250 people developing software for asset management that it sells mainly to pensions and life assurance companies in Europe, which manage more than €30 billion in assets.

David Harney, Irish Life chief executive, explained the company wanted to focus on its core business, selling investments to the Republic’s consumers, while its subsidiary sold its products to businesses outside the State.

“We believe that FNZ will prove an excellent partner for the next stage of Irish Progressive Services International’s development,” Mr Harney added.

James Parker, chief executive of Irish Progressive Services explained that his company could offer FNZ’s technology to its own clients while the deal would open new opportunities to it.

Adrian Durham of FNZ predicted that bringing the two businesses together would allow them cash in on opportunities they saw in the market.

FNZ also confirmed on Monday it had lured investment from Singapore-based firm Temasek that valued the British business at £1.7 billion sterling.

The company employs 2,500 people while clients use its technology to aid the management of £400 billion worth of assets.

Mergers regulators must first approve FNZ’s purchase of Irish Progressive Services International before the deal can go through.

1 Coronavirus: Irish holding back on holiday plans
2 Bank leaked my loan request to family who tried to rip me off
3 Solar panels: Are they worth the investment?
4 Eason acquires rival Dubray Books for undisclosed sum
5 Can I see my father’s previous wills?
Real news has value SUBSCRIBE