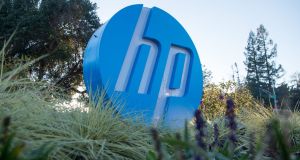 Xerox Holdings Corp increased its offer price for HP Inc to $24 a share, boosting the bid by $2 a share in an effort to win control of the personal computer maker, which has previously refused to engage in takeover talks because it said the offer was too low.

Xerox said in a statement on Monday it plans to launch a tender offer “on or around March 2nd”, comprised of $18.40 in cash and 0.149 Xerox shares for each HP share. The offer won’t be subject to any conditions related to financing or due diligence. The offer represents a 41 per cent premium to HP’s 30-day volume-weighted average trading price of $17.00, Xerox said.

The iconic, but struggling, printer maker said last month it planned to nominate 11 directors to replace the HP board in an effort to push the merger through.

HP’s shareholders “consistently state that they want the enhanced returns, improved growth prospects and best-in-class human capital that will result from a combination of Xerox and HP,” Xerox said in the statement.

The two hardware giants have withered in a world increasingly driven by software, and Xerox has argued the tie-up would revive both companies and unlock about $2 billion in synergies.

HP has said in the past that it has many routes it could pursue to create value that aren’t dependent on a combination with Xerox, it said.

Activist shareholder Carl Icahn, who owns about 11 per cent of Xerox and has a 4.3 per cent stake in HP, has pushed for the tie-up. The billionaire has considerable influence over Xerox because he is its largest shareholder. He also played a role in appointing Xerox’s CEO, who was a former consultant to Icahn, and has ties to members of the board, including its chairman, who is also the chief executive officer of Icahn Enterprises.