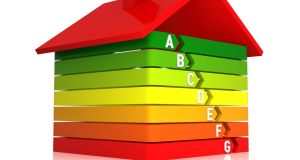 The company, which has developed software that allows architects to more easily design energy-efficient building facades at an early stage of the design process, got the backing of venture capital fund Pi Labs, US AEC software distribution firm Applied Software and Enterprise Ireland. It brings to almost €2 million the amount raised to date.

FenestraPro has 10 staff, but cofounder and chief executive David Palmer said the plan was to increase that to 20 over the next 12 to 18 months.

The company counts some of the world’s largest architecture and design firms among its customers, with Aecom, Gensler, and Skidmore Owings & Merrill among its early adopters.

Part of its appeal has been the software’s ability to simplify the design process for architects, getting them engaged with the implications of their design choices on the building’s energy efficiency at an earlier stage of the process. That is when it can have the most impact, said Mr Palmer, and it can be more cost effective to amend than further down the track.

The latest funding will be used to speed up the company’s growth in the US, Ireland, the UK and Scandinavian markets, building its client base. It will also support the continued development of a new platform for facade manufacturers.

“The door has opened in foreign territories, particularly in the US,” Mr Palmer said. “Our focus over the next few years will be on sales and marketing.”

Although the US has been a major market for the company, it is building up its business in Europe, with Scandinavian countries proving a good market.

“Ireland was tough for us for a while, but it’s starting to come good,” said FenestraPro cofounder Simon Whelan.

Legislation has pushed growing awareness of the requirement to design better performing buildings, but as the founders point out, the boom-bust pattern in the construction industry can hamper efforts – during boom times, people have no time to put the thought into the energy efficiency of a design, and during a recession there is little appetite.

The platform was launched in 2017, with the aim of giving architects the tools to understand the implication of design choices on the building’s energy performance.

“We felt that energy performance was one of the core facets of the building design,” said Mr Whelan.

The company is continuing to raise money to build its momentum in the market, and is planning further strategic partnerships to add to its tie-in with AEC software solutions company Autodesk.

“We are at a tipping point with cloud-based software now optimising building efficiencies at scale. FenestraPro is leading this charge, and this new capital injection cements Pi Labs’ commitment to supporting innovative proptech enterprises not only in the UK, but globally,” said Dominic Wilson, managing partner at Pi Labs. “FenestraPro has an outstanding team and is at a critical point of growth and market expansion.”

1 I want to change my will quickly in case I fall ill. Do I need a lawyer?
2 Coronavirus: Property rental in the jaws of the epidemic
3 Coronavirus: Aldi eases restrictions on purchasing products
4 WhatsApp limits message forwarding to slow spread of misinformation
5 Collison brothers worth an estimated €2.9bn each
Real news has value SUBSCRIBE