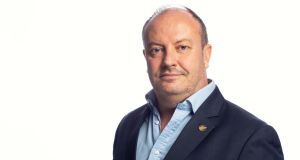 Andrew Day of Keywords Studios: “Allow your business to fail and move on rather than clinging to a sinking ship.”

Andrew Day had a perhaps unusual route into the gaming industry. Having started his career at Rothmans, the British cigarette manufacturer, he went on to work at a variety of public companies in areas such as software development and artificial intelligence. In 2009, he joined Keywords Studios, a company which supplies technical and creative services to the video games industry.

Since then, he has built the company from a single-site operation to one with 52 studio locations across 21 countries and employing more than 6,000 staff. He led the company through its initial public offering in 2013 on the London Stock Exchange in 2013 where its market value has grown from €50 million to more than €1.1 billion.

Still headquartered in Dublin, the company expects revenues to hit $500 million by 2020 with plans to gradually diversify into neighbouring sectors, such as film and television where skills sets are similar. Since its IPO, it has been actively acquiring other businesses to expand its skill set and diversify its revenue, which is evenly split between Europe, the Americas and Asia.

Having grown the business substantially since it went public, there appears to be no sign of stagnation for Day, who recently established Keywords Ventures to invest in and support innovative companies in fields related to the company’s core business.

The business was started by a friend who used to work for me. I had always followed its progress and used its services as a client in my previous companies. The lightbulb moment that led me to take on the leadership of the business was when I developed the strategy for the business and got the buy-in from the founders to pursue it.

In 2009, the company was heavily reliant on a single client. That client substantially reduced its business with Keywords in 2010, a move that could have created significant issues for the company had we not already started to approach the market with confidence in pursuit of our strategy. We were able to replace all the lost business from that client with new work from leading games publishers such that we exited 2010 with a significantly de-risked business with revenues equal to those of 2009 and well placed for further growth.

We chose to use the equity markets for funding, originally targeting an IPO in 2014 but accomplishing it a year earlier in June 2013. We’re now generating over €30 million in free operating cash flow each year, while we also have rolling credit facilities with three banks that provide up to €105 million for working capital and acquisition funding.

Specifically related to the video games industry, I would encourage the Government to look at the success that the province of Quebec has made in developing a large video games cluster that is a major contributor to the economy of the state and to Montreal in particular. Unlike the incentives being offered by the IDA to attract inward investment – in our case read competitors – Quebec’s incentive programme applies equally to indigenous, established businesses as it does to those companies entering the market from abroad.

From my own experience, I would say: allow your business to fail and move on rather than clinging to a sinking ship out of some sense of loyalty or commitment – fail fast, learn and try again.