‘We refuse to engage in the race to the bottom’

EY Entrepreneur of the Year finalist Paul McKenna of Mac-Group 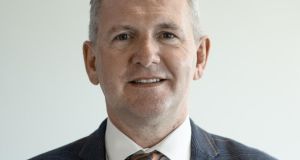 Mac-Group founder Paul McKenna: “An idea is not a business.”

In the space of 17 years, Paul McKenna has built his company from having just one employee to becoming the ninth-largest main contractor in Ireland, with 202 employees and more than €200 million in turnover.

The company, which has grown from a niche interior fit-out contractor to a multinational construction partner, now has offices spread across Britain and Ireland. For McKenna, the motivation to get into business came from the experience in construction that led him to believe he could do it better. It would appear that others agree. Mac-Group is currently active on more than €225 million of projects including a €30 million office block in Dublin 8, a £30 million repurposing of the former Liverpool Echo building into a four-star hotel, fitting out a €25 million Government agency office in the Dublin docklands and a £15 million refurbishment in Belfast.

At its helm from the start was McKenna, who has led the business through a deep recession, cut margins and travelled to locations where his existing clients had projects to pick work to keep the company ticking over.

Since establishing Mac-Group, McKenna has built the company into a well-respected contractor which previously ranked as 58th of the top 100 fastest-growing UK companies and 478th on the Financial Times’s listing of Europe’s top 1,000 fastest growing companies.

What makes us unique is that we are expert enough to question the way things have always been done, challenge it and find a better, quicker way. I think it was Picasso who said: “Learn the rules like a pro, so you can break them like an artist.” Our service offering is a confluence of engineering and artistry. We are not offering a commodity and we refuse to engage in the race to the bottom. We know that people buy the Mac offering because we add value, not because we are the cheapest.

When the worst recession in history hit our industry, we didn’t lay people off, we cut our margins and overheads and followed our clients into Europe. We worked for Intel in Munich, Facebook in Hamburg, HP in Prague, Abbvie in Holland and then built local networks in those cities to weather the storm. We actually grew through the recession and became leaner, fitter and stronger, so [we] were in great shape when the market picked up.

Worst: looking back to 2002, I was told to take a safe job with another top 10 contractor “and at least you can pay the mortgage”. Having always been a self-starter, I decided against that idea and started Mac-Group.

Best: having always been known as an ideas man and salesman, I knew I had to surround myself with people who were specialists in their fields. As we grew this became very apparent and today, I am happy to be the least qualified person in my boardroom. I have always hired people better than me – this wasn’t advice, just something I did.

Stimulate consumer spending and encourage closely-monitored lending. Invest in public services – schools, hospitals, infrastructure, childcare – so that the Irish talent that emigrated will come home to raise their families here. Allow for clusters of high-rise buildings in city centres near public transport and office buildings: Ireland has changed completely as a nation in the last 20-30 years and not everybody wants or needs a three-bed semi.

An idea is not a business. Do detailed market research, know you competitors and know what differentiates you. Why will clients use you rather than the incumbent? If you can answer those questions, then get ready for the hard work. Keep overheads low and, remember, cash is king.