Facebook to reveal propaganda ads ahead of Eighth referendum 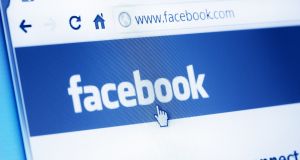 Facebook is to introduce a new feature ahead of the Eighth referendum that could reveal all propaganda ads being run by advertisers, regardless of whether they appear in the user’s news feed.

The feature, view ads, is set for a global launch in June, but Facebook said it would add Ireland to the pilot programme from April 25th.

The tool which was announced earlier this month, is intended to address concerns over the ability of pages and advertisers to micro target users. Users can go to an advertisers page and see all the ads that page is currently running, regardless of whether they are targetted.

The company said it was to give users greater transparency on the ads that they see on Facebook. Currently, individual users can be targetted on Facebook by specific advertisements, without consumers being aware that they are being targeted, or by whom. Consumers are also unaware what other ads a page is running, because they do not fit the specific target profile. This measure is a way to redress the balance.

However, only the first phase of the programme, the ability to find out what other ads a page is running, will be available in time for the upcoming referendum; in a second phase to be rolled out later, Facebook intends to add information about who is paying for ads, and what kind of reach they have.

The announcement was made by Facebook’s vice president of global public policy Joel Kaplan as he appeared before the Oireachtas Joint Committee on Communications, Climate Action and Environment to answer questions on the recent revelations that data from its users was improperly shared with consultancy firm Cambridge Analytica and outline the steps the company had taken to address concerns.

“We are working hard to build out these transparency tools and to roll them out globally, but it takes time to do that and, most importantly, to get them right,” he told the committee.

Facebook also has an internal taskforce set up to watch for foreign interference in the Irish vote, including deploying advances in artificial intelligence and machine learning.

The company has come in for criticism following the revelations that data from up to 87 million users could have been shared with the third party firm.

In 2014, Facebook announce dit was cutting off the ability of apps to access the data of users’ friends unless users authorised the app themselves.

Facebook is carrying out an audit of every app that had access to a large amount of information before the social media firm locked down its platform in 2014.

“If we detect suspicious activity, we’ll do a full forensic audit. And if we find that someone is improperly using data, we’ll ban them and tell everyone affected,” Mr Kaplan said.

The firm recently announced a “bounty” to encourage people with information about apps that were misusing Facebook data to report them.

1 The $6bn judgment pitting Nigeria against Irish businessmen
2 My aunt never told us that Gran passed away with no will
3 Owners of Cork shopping centre sue for €30m after car causes fire
4 Will Revenue come calling with tax bill if inheritance tax threshold falls?
5 If it’s safe to do so, could this be the time to spend for Ireland?
Real news has value SUBSCRIBE