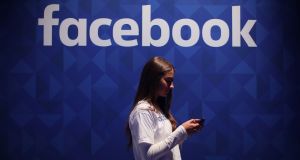 Last Tuesday, Mark Zuckerberg, Facebook’s chief executive, attended a virtual meeting with some of the company’s top advertising partners. The brands and agencies, which had started criticisng the social network for its willingness to keep hate speech unaltered and accessible on its site, were pressing for change.

According to five people with knowledge of the discussion, Zuckerberg’s message to advertisers was clear: We won’t back down. But over the past week, Facebook’s attitude has changed.

Marketing giants like Unilever, Coca-Cola and Pfizer announced that they were pausing their Facebook advertising. That outcry has grown, hitting the company’s wallet. To contain the damage, Facebook began holding daily calls and sending emails to advertisers to soothe them, advertising executives said. Nick Clegg, the company’s communications chief, made a series of media appearances stressing that Facebook was doing its best to tamp down hate speech.

On Monday, Facebook also agreed to an audit by the Media Rating Council over its approach to hate speech.

The company’s executives continued the campaign on Tuesday morning with another video meeting with advertisers, followed by separate sessions with ad holding companies.

Yet even as Facebook has laboured to staunch the ad exodus, it is having little effect. Executives at ad agencies said that more of their clients were weighing whether to join the boycott, which now numbers more than 300 advertisers and is expected to grow.

Pressure on top advertisers is coming from politicians, supermodels, actors and even Prince Harry and his wife, Meghan, they said. Internally, some Facebook employees said they were also using the boycott to push for change.

“Other companies are seeing this moment, and are stepping up proactively,” said Jonathan Greenblatt, chief executive of the Anti-Defamation League, citing recent efforts from Reddit, YouTube and Twitch taking down posts and content that promote hate speech across their sites. “If they can do it, and all of Facebook’s advertisers are asking them to do it, it doesn’t seem that hard to do.”

The push from advertisers has led Facebook’s business to a precarious point. While the social network has struggled with issues such as election interference and privacy in recent years, its juggernaut digital ads business has always powered forward. The Silicon Valley company has never faced a public backlash of this magnitude from its advertisers, whose spending accounts for more than 98 per cent of its annual $70.7 billion (€63 billion)in revenue.

“Their intentions are good, but their judgment is poor,” David Jones, a top advertising executive, said of Facebook.

Jones, who was a founding member of Facebook’s client council, a group of ad executives who advise the company, said if the social network did not make further progress on hate speech, then “they’re starting down a long slippery slope to being irrelevant.”

Facebook said in a statement that it had invested billions of dollars in technology and employees to sort through content, and that it had agreed to a civil rights audit. It also said it had banned 250 white supremacist organizations from its core Facebook site and its photo-sharing site, Instagram.

The company said it had made investments in artificial intelligence that resulted in the removal of nearly 90 per cent of hate speech before users report it, and recent surveys put Facebook ahead of competitors like Twitter and YouTube in assessing reports of hate speech. “We know we have more work to do,” a company spokeswoman said. “Our principles have not changed, but our leaders are rightly spending time with clients and others to discuss the progress we’ve made on the key issues of concern.”

The ad boycott may ultimately deliver more of a hit to Facebook’s reputation than to its bottom line. The top 100 advertisers on Facebook spent $4.2 billion on ads last year, or roughly 6 per cent of the company’s total ad revenue, according to data cited in an investor note from Stifel. More than 70 per cent of Facebook’s ad revenue comes from small businesses.

Yet the big-name brands that have pulled back are recognisable and may create a trickle-down effect, analysts said. Current boycott participants spent well over half a billion dollars advertising on Facebook last year, according to estimates from Pathmatics, an advertising analytics platform. Some of that money might go to other sites like TikTok, Snapchat, Pinterest and Amazon, or to publishers with stronger content controls, ad executives said.

Sceptics of the boycott have suggested that the companies participating are using the effort to deflect attention from how their advertising budgets have been decimated by the coronavirus pandemic. And the companies that have backed away are not doing so uniformly.

Companies like Best Buy and REI are planning to pause their paid advertising on Facebook only in July. Others, such as Verizon and HP, have said they will resume advertising on the site once Facebook offers better solutions for managing hate speech. Still others, like Diageo and Starbucks, are holding back their spending from all social media platforms.

Yet the prospect of a boycott caused Facebook to bring out Zuckerberg last Tuesday to the virtual meeting with advertisers. There, Zuckerberg struck a defiant tone. He discussed the importance of freedom of speech and stressed his company would not bow to pressure on its revenue, said the people with knowledge of the meeting.

In some recent calls with marketing executives, Facebook officials have tried to reframe the issue of hate speech as an “industrywide” problem, pointing to Twitter and YouTube too, said three marketers who have had talks with Facebook. The message, these people said, was simple: “Don’t boycott us unless you’re willing to boycott everyone.”

Last week after talks with Facebook, Unilever said it would pause ad buying across all social media, including Twitter. The company, which is one of the largest advertisers in the world, said in a statement that “continuing to advertise on these platforms at this time would not add value to people and society.”

A Facebook spokeswoman said calls with advertisers were a routine part of the company’s relationship with its marketers. Inside Facebook, employees have used the outcry as evidence that the company’s policies around hate speech need to change. They have posted links to stories that are critical of Facebook’s policies for evidence, according to two employees who have seen the activity.

At the meeting with advertisers Tuesday morning, so many participants tried to join the video call with Facebook that the event started late, according to two people familiar with the event. The company then discussed technology used to detect hate speech and talked up its work with civil rights groups.

“It really seemed like they understood the magnitude of the problem, and that they genuinely want to fix it,” said Barry Lowenthal, chief executive of the Media Kitchen agency, who was on the call. “They were trying really hard to be helpful.” – New York Times