Facebook rolls out tools to restrict data gathering on users 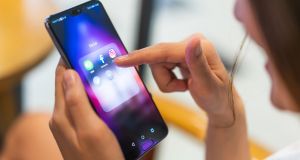 The feature will allow Facebook users to see the activity linked to their account based on browsing of other websites or apps. Photograph: iStock

Facebook is rolling out new controls worldwide that will allow users to manage and delete the data that third-party websites and apps share with company.

Known as “Off-Facebook Activity”, the feature was initially run as a test in Ireland in August last year, along with Spain and South Korea.

Users will be able to see any activity linked with their Facebook account that was created by browsing on other websites or apps. They can also clear that data from their account and stop it from associating any future activity on their devices with their profile. However, Facebook will not permanently delete the data from their servers; it will only unlink it from a user’s account.

The data is gathered by businesses using certain Facebook tools on their apps and websites, based on device identifiers. The information is valuable to Facebook and businesses because it can be used to target advertising to individual accounts.

Facebook has pegged the test as a success, deciding to roll it out further. Adoption of the new privacy tool is believed to have been strong.

“As we move towards building a privacy-focused platform, building tools and controls to support this vision is a priority for Facebook. With Off-Facebook Activity we wanted to build something that’s truly helpful for everyone on Facebook,” a spokesperson for the company said.

“Ireland is an important country for Facebook, as it’s English speaking and has high expectations when it comes to privacy so was chosen as one of three countries in which to test the Off-Facebook Activity tool. We chose to roll it out gradually and take the time to get it right.

“During the test phase, we conducted months of research to get input from people, privacy advocates, policymakers, advertisers and industry groups, and we made important changes in response to what we learned. The product works and has proven useful to users and we are excited to make Off-Facebook Activity available globally.”

The ability to unlink advertising data from Facebook profiles was promised by chief executive Mark Zuckerberg at the company’s F8 developer conference in 2018, but it was another year before it was rolled out to the test users in Ireland, Spain and South Korea. At the time, it was considered a way for Facebook to stay one step ahead of regulators.

The company has come under scrutiny in recent months following a number of high profile data breaches. The Cambridge Analytica scandal, where data on Facebook users was leaked to a political research group through a third-party app, dented the company’s reputation, while a massive data leak last year exposed the personal data of more than 400 million users. There were also reports that Facebook paid contractors to transcribe audio clips from users of its Messenger app.

The Data Protection Commissioner, which is Facebook’s lead EU regulator, is currently carrying out a number of investigations into the company and its WhatsApp and Instagram subsidiaries to see if it is compliant with obligations under General Data Protection Regulation (GDPR) privacy rules. Germany’s competition regulator has also told the company it needs to restrict how it gathers and compiles data on its users, or seek more explicit consent.

1 Coronavirus: Notion of a rapid economic recovery is at best wishful thinking
2 Nice to see you: Which is the best video calling option around?
3 Frontline bank workers to get pay top-ups during Covid-19 crisis
4 Trinity College Dublin acquires IFSC block for €16m
5 Irish and European shares slide on Trump comments and dividend suspensions
Real news has value SUBSCRIBE