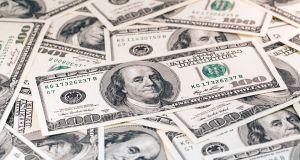 Four of the five biggest US technology giants boosted their lobbying spending last year as they battled charges of unfair competition, sought to shape privacy legislation and pursued large government contracts in an increasingly hostile Washington.

Facebook led spending increases by Amazon. com, Apple, and Microsoft. Alphabet was the lone member of the quintet with a decline.

Alphabet’s Google reported a 44 per cent decline in 2019 spending, to $11.8 million from $21.2 million. The company spent much of last year reshuffling its Washington office, including ending its relationships with more than a dozen lobbyists at six outside firms. It also replaced Susan Molinari, a former Republican House member, with Mark Isakowitz, a onetime GOP Senate aide, to head up its Washington policy shop.

The tech industry has become one of the biggest spenders in Washington and is rivaling traditional lobbying powerhouses, including the pharmaceutical industry and big business lobbies.

Together, the five biggest tech companies by market value shelled out $62.2 million in 2019, 3 per cent less than what they spent the year before. That topped the biggest spender among the business groups, the US Chamber of Commerce, which spent $58.2 million to lobby in 2019.

It was also more than double the $28.9 million spent by the pharmaceutical industry’s lead trade group, Pharmaceutical Research and Manufacturers of America, which typically conducts the lion’s share of the industry’s lobbying.

While the amounts spent on lobbying by the tech giants pale in comparison with the billions in revenue each company receives and, in some cases now, their trillion-dollar market values – money can buy influence in the nation’s capital.

The disclosures, which are filed quarterly with Congress, include amounts spent to weigh in on legislation or other pressing matters before Congress, the White House and executive branch agencies. The reports were due Tuesday.

With their broad portfolios, US tech companies have been worried about everything from Mr Trump’s trade deals to stalled privacy legislation and drone regulations. But perhaps their most existential threats are the antitrust probes.

The Justice Department and the Federal Trade Commission are reviewing the biggest internet platforms to determine if they are harming competition. The FTC is scrutinising Facebook and Amazon, while the Justice Department is investigating Google and is also looking at Facebook.

In addition, the House Judiciary Committee’s antitrust panel, led by Democrat David Cicilline, has a sprawling inquiry underway. Mr Cicilline has hauled executives before his subcommittee and peppered the companies with exhaustive questions about their business practices.

Facebook surged to the front of the pack among the tech behemoths. The social-media company spent $16.7 million last year, its highest-ever yearly spending and up 32 per cent from $12.6 million in 2018. It lobbied on such issues as intellectual property, cybersecurity, privacy, cryptocurrency and election integrity, according to the annual lobbying disclosures.

E-commerce giant Amazon was close behind Facebook, upping its spending to a record $16.1 million from $14.2 million. Despite the increase, its public policy shop has experienced a number of high-profile failures. In October, for example, Amazon learned that it lost a $10 billion Pentagon cloud contract to rival Microsoft.

Amazon has blamed that loss on presidential meddling. Numerous parts of the “evaluation process contained clear deficiencies, errors, and unmistakable bias – and it’s important that these matters be examined and rectified,” the company said in November.

It doesn’t help that Amazon founder Jeff Bezos and President Donald Trump have been feuding since before Mr Trump was elected and that Mr Bezos owns the Washington Post, which the president sees as one of his fiercest critics.

Apple’s $7.4 million lobbying outlay last year was also a record. That amount was up 10 per cent from $6.7 million in 2018. Chief executive Tim Cook has had a better working relationship with Trump than have many of his tech rivals. He was among several dozen global tech leaders who attended a breakfast with the president at the World Economic Forum conference in Davos, Switzerland, on Wednesday.

But Mr Cook is also in the hot seat for his company’s refusal to help the FBI unlock an encrypted iPhone used by the Saudi air force student who allegedly killed three people at a Florida naval base.

Microsoft, which spent $10.2 million on lobbying last year, up from $9.5 million the year before, has largely avoided the political pitfalls of its peers. Winning the Pentagon’s lucrative cloud contract was a major victory, considering its underdog status. In August, Pentagon vendors also were awarded a contract worth as much as $7.6 billion to provide Microsoft software to the Defense Department.

Some of the big checks Facebook, Google and others are writing in Washington are going to lobbying firms and trade groups pushing industry-friendly privacy bills. The industry hoped to see federal privacy legislation adopted last year, but that didn’t happen.

California’s new privacy law went into effect January 1st, becoming the most influential US privacy statute. New York, Washington State and others are considering their own privacy bills, which could create a patchwork of state privacy regulations, making compliance difficult for global tech giants.

The tech companies, hoping to avoid that, are again lobbying Congress to adopt a federal privacy law before the 2020 elections.

Chinese telecommunications company Huawei, after minimal outlays, started spending heavily on lobbying in the second half of last year as it found itself in the crosshairs of the Trump administration. In May, the Commerce Department placed the company on a blacklist designed to cut it off from US suppliers.

Huawei spent $1.1 million in the fourth quarter and nearly $3 million for the full year, up from $165,000 in 2018. The increase was primarily to pay lobbyist Michael Esposito, who touts his connections to Mr Trump, though the president has said he doesn’t know him.

In the final months of 2019, companies and trade groups intensified their lobbying on international trade issues as the Trump administration sought to end the tariff war with China and pass a new trade deal with Mexico and Canada.

Earlier this year, the U.S. and China signed what they billed as the first phase of a broader trade pact that commits China to do more to crack down on the theft of American technology and avoid currency manipulation. The Senate passed Mr Trump’s US-Mexico-Canada free trade agreement or USMCA, which replaced the North America Free Trade Agreement, following House passage late last year.

The National Association of Manufacturers’ spending on federal lobbying rose to $8.4 million in the last three months of 2019, a nearly 313 per cent jump compared with the third quarter, and $14.6 million in all of 2019. The trade group lobbied on both China and North American trade issues, according to its filings. – Bloomberg