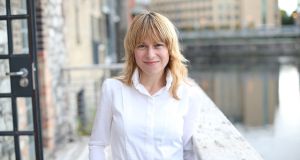 Dublin’s Startup Commissioner’s office is set for shake up in 2017 when current commissioner steps down. Ms Bushnell, who took up the role in 2014 as a two-year post, said she would leave her post in March. Following that, Dublin City Council will work on a review and development for the office’s future, consulting with “relevant stakeholders”.

Ms Bushnell revealed the plans in a blog post. “During the last two years we’ve won some and lost some, but we’ve also learned a lot along the way,” she said. “At a recent board meeting, it was agreed that this office had succeeded in doing something that was important and new in Ireland – to enhance the character and international reputation of Dublin as a tech and innovation city.”

Ms Bushnell was the first person to take up the role when the office was created two years ago with the goal of boosting the city as a tech and innovation hub for entrepreneurs looking to start and grow their business. The initiative, which was a pilot project, was funded by DCU Ryan Academy for Entrepreneurs and Dublin City Council, but also received support from a number of other organisations.

The outgoing commissioner has not said what she will move on to next. Before taking up her role with the office she was a serial entrepreneur, founding her first start-up, Pan Research, in 1996. She then moved to New York, where she worked for the Irish Trade Board, and founded Bushnell solutions, before moving on to other ventures including professional matching tool Kinnecions and directory TechResources.

Staff in Dublin and Cork airports receive profit share and bonuses for last year 07:42
French luxury groups U-turn on state support for jobs 07:22
Business activity in Dublin grinds to a seven-year low due to Covid-19 impact 06:54
DAA bonuses, Nama’s deadline for Ringsend, and EU solidarity fighting Covid-19 06:33
Coronavirus: Property rental in the jaws of the epidemic 05:55

1 Coronavirus: Property rental in the jaws of the epidemic
2 French luxury groups U-turn on state support for jobs
3 I want to change my will quickly in case I fall ill. Do I need a lawyer?
4 Business activity in Dublin grinds to a seven-year low due to Covid-19 impact
5 Staff in Dublin and Cork airports receive profit share and bonuses for last year
Real news has value SUBSCRIBE