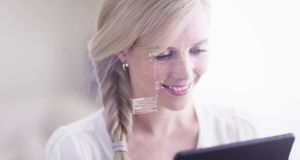 Realeyes’ customers include brands such as Mars, Hershey’s and Coca-Cola

Draper Esprit, the Dublin and London-listed venture capital firm that is focused on high-growth technology firms, has led a €13.5 million funding round for London-based Realeyes.

The company – one of the fastest-growing tech businesses in the UK after growing its revenue 932 per cent in four years, has developed artificial intelligence (AI) software that read people’s emotions.

Using webcams and the latest in computer vision and machine learning technologies, the company measures how people feel as they watch video content online, enabling brands, agencies and media companies to optimise their content and target their videos at the right audiences.

Realeyes’ customers include brands such as Mars, Hershey’s and Coca-Cola, agencies Ipsos, MarketCast and Publicis, and media companies such as Turner, Teads and Oath.

Draper Esprit led the latest funding round and was joined by by Karma Ventures and Harbert European Growth Capital, as well as previous investors, The Entrepreneurs Fund and Tera Ventures.

The investment will be used to drive the company’s continued innovation in its emotion tech platform and grow its AI team.

“Realeyes is changing the way marketers can measure impact through their cutting-edge technology. Artificial intelligence will continue to change the way we understand each other – even our emotions. Realeyes is well positioned to fundamentally change the way the advertising industry can be more engaging to its audiences,” said Stuart Chapman, chief operating officer at Draper Esprit.

The VC firm, which is led in Dublin by tech veteran Brian Caulfield, has had a busy year. Last week it announced it had led a $29 million found for for Aircall, a French cloud-based call centre software business.

In addition, it co-leading a $12.3 million (€9.9 million) funding round for Evonetix, a UK-company developing a novel gene synthesis platform. It also participated in a €75 million Series B funding round for Ledger and committed up to $16.5 million in digital banking alternative Revolut’s latest funding round.

The company last month announced it had recorded 50 per cent growth in its primary portfolio as both its investments and the fair value of the portfolio increased.