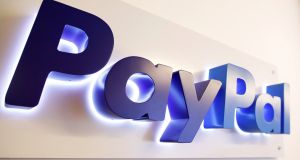 Dan Schulman, PayPal’s president and chief executive, said : “The retail world is increasingly becoming a multichannel world as the mobile phone has blurred the distinction between online and offline sales. Small businesses are searching for one-stop-shop solutions that can solve all their payments requirements.”

PayPal is paying $2.2 billion (€1.87 billion) to buy iZettle, snapping up the Swedish payments start-up just before it was set to become the biggest fintech in Europe to list.

The US payments group is paying double the amount that iZettle, which is focused on Europe and Latin America, was targeting in its IPO, which was due to take place at the end of this month.

iZettle would become only the latest star of the Swedish tech scene to be bought up by a bigger US rival after both Skype and Mojang were bought by Microsoft before being able to list.

The deal is likely to fuel anxiety over how few of the prospects in European technology resist the urge to sell out and instead try to develop into big companies to rival their US competitors. Even Spotify, the one-time darling of the Stockholm scene, recently listed in New York as its centre of gravity moves away from Sweden.

Dan Schulman, PayPal’s president and chief executive, said : “The retail world is increasingly becoming a multichannel world as the mobile phone has blurred the distinction between online and offline sales. Small businesses are searching for one-stop-shop solutions that can solve all their payments requirements.

Jacob de Greer, co-founder and chief executive of iZettle, told the Financial Times: “You never start a company planning to sell it.

“But this is a very exciting way for the company to continue its vision. It gives us steroids to speed the company’s growth.”

He added: “We had been pushing our IPO for a long time and pretty late in the process our discussions with PayPal intensified.”

Mr de Geer and his co-founder Magnus Nilsson own sizeable stakes, but their payouts will be delayed by “holdback arrangements”.

iZettle first shot to attention for its portable credit card readers used by everyone from coffee shops to homeless magazine sellers and has since broadened out to appeal to small businesses and their ecommerce operations.

Its main rival is Square, the US payments group co-founded and run by Twitter’s creator, Jack Dorsey. But Square and iZettle compete only in the UK as the Swedish group has mostly stuck to Europe as well as Mexico and Brazil.

iZettle, whose owners include Mastercard, American Express and Santander, as well as venture capital firms such as Index Ventures and Dawn Capital, was hoping for a valuation of about $1.1bn in its listing. “The sum offered was just so much they couldn’t fail to accept it,” said a person familiar with iZettle’s management.

iZettle is still lossmaking, making negative earnings before interest, tax, depreciation and amortisation of minus SKr232 million (€22.9 million) last year on revenues of SKr776 million. As part of its IPO process, it said it was aiming to break even by 2020.

Mr de Geer will continue to lead iZettle, reporting to PayPal’s chief operating officer. PayPal said the deal would dilute its previously communicated earnings per share by about $0.01.

Mr Schulman said PayPal had been “talking to iZettle for years” and admired how they had managed to grow rapidly in so many different countries. “They have a beautiful product. It is very difficult to do this across many countries — and they have scale in all of them.”

PayPal has been looking to develop its own in-store payments service, called PayPal Here, but this remains sub-scale and is only available in the US and UK. “PayPal Here has grown quite nicely and it meant that we saw the demand from small businesses,” said Mr Schulman.

The US company, which generated $1.3 billion of free cash flow last year, spun off from eBay with a strong net cash position that helped it expand through acquisitions. At the end of March it had $7.8 billion of cash, cash equivalents and liquid investments.