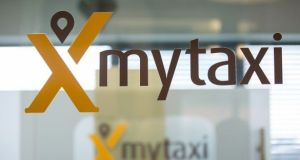 A breakdown of the figures shows the company recorded €93.3 million in turnover in 2016 with driver payments totalling €84.3 million

The Irish arm of Daimler-owned MyTaxi recorded a near €4 million loss in the year it announced an all-share merger with Hailo. But the company stressed it is currently enjoying strong growth.

The ride-hailing platform attributed the €3.9 million pre-tax loss it chalked up in fiscal 2016 to the writing-off of a €4.7 million intercompany loan. A year earlier the group had reported a €204,274 profit.

Newly filed accounts for MyTaxi Network Ireland Limited shows the company, which rebranded from Hailo early last year, reported a sharp rise in turnover during 2016 with revenues rising 33 per cent from €6.8 million to €9.07 million.

A breakdown of the figures shows the company recorded €93.3 million in turnover with driver payments totalling €84.3 million. This compares to turnover of €67.6 million and payments of €60.8 million in the prior year.

The company said the number of trade debtors rose sharply during the reporting period, jumping from €646,869 to €1.16 million.

Hailo’s all-share merger with Daimler’s MyTaxi subsidiary was announced in August 2016 in a deal that created Europe’s largest e-hailing company with 70 million passengers and 108,000 registered taxi drivers in more than 50 towns and cities in 10 European countries.

Despite teething problems following the Hailo rebrand last year as customers were migrated to the MyTaxi app, the company said it enjoyed record growth over the past 12 months in the Republic with the average number of trips undertaken each week per MyTaxi driver up 36 per cent year on year.

The company said it carried 3.6 million passengers during the first quarter of 2018. It added it continues to see huge customer demand with the app registering a record number of trips on St Patrick’s Day – more than on any single day previously, including on the Hailo platform.

“MyTaxi continues to put a huge emphasis on expanding our fleet and we are continuing to offer financial and technical support for drivers to join us. This has resulted in a really positive response over the last six months, with our fleet actually now growing at a faster rate than demand growth,” a spokesman for the company said.

“[We] will continue to invest heavily in improving our services to ensure that MyTaxi remains the number one e-hailing app in Ireland,” he added.

Mr Fox, who has also worked in senior roles with Telefónica, Zurich Insurance and Meteor Mobile, replaced Tim Arnold, who left the company after being named general manager of a major new driverless car initiative unit from Renault and Nissan.