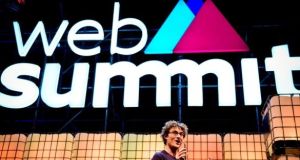 Twitter co-founder Evan Williams, who now leads online publishing platform Medium, is among the first batch of speakers lined up for this year’s Web Summit, which returns in November.

They will be among 1,200 speakers who will be addressing more than 70,000 attendees at the event, which takes place in Lisbon for the third successive year.

Among the other speakers announced on Tuesday are the chief executives of Ebay, Tommy Hilfiger, Allianz, Axa, Booking. com, Etihad Airways and Air Asia.

The Irish-founded tech conference started in Dublin in 2009 with less than 400 attendees. It moved to Lisbon in 2016. Its current deal with the Portuguese government, which sees the event organisers being paid €1.3 million each year to host the conference, end this year.

While the company has the option of a two-year extension, it is believed that co-founder and chief executive Paddy Cosgrave is in negotiations with a number of potential bidders over where the 2019 event will be held.

1 Why are markets booming when a crash is on the way?
2 Permission sought for €150m film and media campus in Wicklow
3 Your old car could be telling others all your personal data
4 Government committed to finalising roadmap for safe overseas travel ‘shortly’
5 Drink tax row; no respite for Bewley’s; and mortgage U-turn at AIB
Real news has value SUBSCRIBE