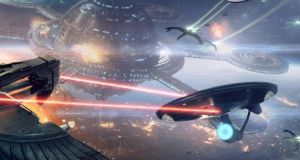 The move comes following Scopely’s partnership with Digit on the recent Star Trek Fleet Command mobuile game, and the company’s investment in Digit in 2015. The game proved a successful entry for Scopely into the MMO/strategy sector, reaching revenue of more than $50 million in the first four months after its November 2018 launch.

“We partnered with Scopely in 2015 to enable us to grow our team and focus on building world-class strategy games,” said Mr Barnwell. “The success we’ve seen with Star Trek™ Fleet Command has been absolutely amazing and formalising our relationship will allow us to scale the game even more. We can’t wait to see what else we can accomplish together.”

Mr Barnwell will continue to manage the operations of the Dublin-based studio. The acquisition will see Scopely’s staff numbers rise by more than 70.

“The trusted partnership we have built the last few years with our collaborator DIGIT also laid the foundation for even more opportunities in the strategy space,” said Tim O’Brien, chief revenue Officer at Scopely. “It’s exciting to see the game garnering awards and popularity, showcasing that our deep collaboration has been a great mix for Fleet Command. We look forward to further scaling the Scopely business with DIGIT, who will be a fantastic addition to our growing global team.”

“The AIB Fund had given us capital to go out and back daring Irish tech founders , but even when we started to work with Richard, Fergus and Dave in 2012 - it was unprecedented territory for all of us,” said John O’Sullivan of ACT Venture Capital.

“ This sector? Could we create these technologies at scale ? Could you create a World Class indigenous Content Studio in Dublin ? Sure, we all ‘believed’, but doing it , and seeing it get done - and watching this team create two extra-ordinary titles back to back has been a real privilege. It was daring, but they have done something that is really difficult and set the standard for others to follow.’’

Maurice Roche, General Partner of Delta Partners said the acquisition was a real vote of confidence in both the games studio and in Ireland as a base to make world class games.

“Games is a scary place for most investors but Richard built a world class team and gave us great confidence that it could be done at a global level,” he said. “It has been quite the journey and this exit is great for the team but even better for the industry here to build on.”

EasyGo overtakes ESB as largest provider of charge points for electric vehicles 06:44
Chinese investments, AIB and Irish life team up and who foots the bill? 06:43
Fresh Covid onslaught sends consumer sentiment down 06:37
AIB and Irish Life in advanced talks on joint venture 06:00
Who is going to pay for costs of working from home? 06:00