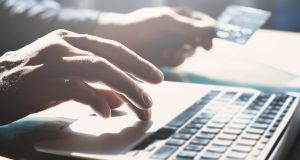 As a result of the acquisition of Seedcamp funds one and two, the company has acquired stakes in fintech business Transferwise as well as smaller companies including Codacy, Fishbrian and Try. com.

Other Transferwise investors include Richard Branson, Andreesen Horowitz and PayPal’s Max Levchin. Transferwise has raised $117 million in funding and is used by more than a million people to transfer around $1.2 billion every month.

Draper Esprit also holds investments in companies including Trustpilot, Sportspursuit and Lyst in its other core portfolio.

The venture capital group said it plans to further invest in the portfolio while the team from Seedcamp will continue to have a role in managing the investments.

The Seedcamp funds were established in 2007 and 2010 and have returned more than four times the capital put in by investors, a statement to the stock market said on Wednesday.

“We are thrilled to help our Seedcamp companies scale to the next level with the support and firepower of Draper Esprit. As the Seedcamp team continue to manage funds one and two, Draper is the perfect partner to help us manage these businesses moving forward,” said Reshma Sohoni, Seedcamp co-founder and managing partner.

“Although principally a primary series A, B and C venture capital growth investor, we have also been very active over the years as a secondary tech investor in Europe having acquired a number of well-known venture capital portfolios and increasingly taking large direct stakes in later stage companies,” he said.

The last reported net asset value of the Seedcamp funds was £23.5 million.

1 Google tells workers to return to country where they are employed
2 Sean Quinn stunned at rebranding of Quinn Industrial Holdings
3 Probate is changing: What does that mean for you?
4 Will tracker mortgage be at risk if Ulster Bank closes?
5 Seán Quinn on rebrand, Irish golf tourism wipeout, and probate changes
Real news has value SUBSCRIBE