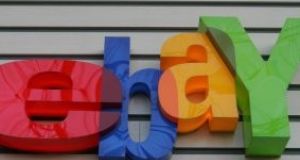 The online auction site, which set up operations locally in 2003, employs more than 700 people in Ireland

The main Irish subsidiary of eBay paid a €3 million dividend to its parent again last year even as profits continued to decline.

Accounts newly filed for eBay Europe Services Limited show full-year pre-tax profits fell to €3.5 million for the 12 months to the end of December 2016, as against €5.4 million a year earlier and €6.1 million in fiscal 2014.

Revenues rose slightly during the most recent reporting period, rising to €63.8 million from €60 million as costs of sales jumped to €60.7 million from €55 million.

The online auction site, which set up operations locally in 2003, employs more than 700 people in Ireland. It announced plans to close its operation in Dundalk last year with the loss of 150 jobs after its former sister company PayPal served notice on the company due to its intention to expand its business locally.

EBay, which spun off PayPal in 2015, having acquired the company for $1.2 billion in October 2002, moved out of the Dundalk site at the end of June.

The company said the number of people it employed rose to 717 in 2015 to 759, mainly within the customer support team.

A breakdown of employee numbers shows 699 people worked in sales and marketing, with the rest employed in administrative roles.