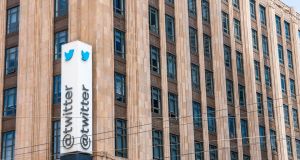 Twitter is encouraging all staff around the world to work from home where possible as the tech giant looks to prevent the spread of coronavirus.

Chief executive Jack Dorsey said the decision had been taken out of an “abundance of caution and care”.

The decision will also apply to Square, the digital payments business also run by Mr Dorsey.

Twitter has already suspended all non-essential business travel and events, and is restricting visitors as part of its attempts to minimise the spread of the virus, known as Covid-19.

The social media platform’s head of human resources Jennifer Christie said the company was now “strongly encouraging” all staff around the world to work from home “if they’re able”.

“Our goal is to lower the probability of the spread of the Covid-19 coronavirus for us — and the world around us,” she said.

“We are working to make sure internal meetings, all hands, and other important tasks are optimised for remote participation.

“We recognise that working from home is not ideal for some job functions. For those employees who prefer or need to come into the offices, they will remain open for business.”

Twitter said it was also increasingly deep cleaning and sanitising in all its offices for those who needed to attend them.

However, working from home will be mandatory for Twitter employees based in the firm’s Hong Kong, Japan and South Korea offices in part due to government restrictions, the company said.

The outbreak of Covid-19 has already had a major impact on the technology industry, with both Apple and Microsoft warning investors they are unlikely to meet previously stated revenue guidance in upcoming financial results.

A number of technology conferences and events have also been postponed or cancelled because of the outbreak, including last month’s Mobile World Congress in Barcelona.

The Game Developers Conference, due to take place in San Francisco later this month, has also been postponed.

Facebook has also cancelled the “in-person” parts of its annual F8 developer conference, due to take place in early May.

Both Facebook and Twitter have also pulled out of the upcoming South by Southwest (SXSW) festival in Texas.

1 Google tells workers to return to country where they are employed
2 Sean Quinn stunned at rebranding of Quinn Industrial Holdings
3 Probate is changing: What does that mean for you?
4 Will tracker mortgage be at risk if Ulster Bank closes?
5 Seán Quinn on rebrand, Irish golf tourism wipeout, and probate changes
Real news has value SUBSCRIBE