During the fourth quarter, $58.28m was raised by Irish companies across 14 deals 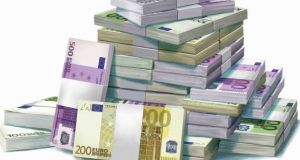 This was down on the $655 million raised in 2018, in what was the second highest year on record for VC investment in the State.

During the fourth quarter of 2019, $58.28 million was raised across 14 deals – a sharp decline versus the $245.6 million secured more than 90 transactions for the same three-month period a year earlier.

The biggest year for VC investment in the Republic was 2016 when a record $708 million was invested in Irish companies.

According to the latest figures compiled on behalf of KPMG by Pitchbook, the biggest deal of the year locally was the $15.10 million raised by cybersecurity automation start-up Tines in a Series A round. Backers included Accel, Index Ventures and Blossom Capital.

Europe attracted a record high of $37.5 billion in VC investment, last year the latest figures show. This compares to $28.2 billion secured in 2018. Last year was also the second highest year of global investment at $257 billion after 2018’s $300 billion record high.

In Ireland, the largest fintech transaction was for Fenergo, which raised $85 million. Other significant deals included student loan provider Future Fiannce and Immedis which raised $30 million and $28 million respectively.

1 How much state pension will I get next year?
2 PTSB plays down Ulster Bank talk as it sells €1.4bn of loans
3 Irish tech company Asavie acquired by Nasdaq-listed Akamai
4 Up or down – how much is your Local Property Tax this year?
5 Am I crazy to consider switching to an Ulster Bank mortgage?
Real news has value SUBSCRIBE