Of major central banks, China’s is frontrunner in drive to create digitised money 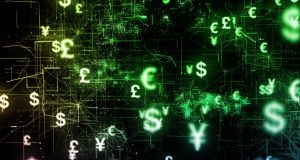 Major central banks are looking at the case for issuing their own digital currencies, the Bank of England and European Central Bank said on Tuesday, amid a growing debate over the future of money and who controls it.

The central banks of Britain, the euro zone, Japan, Sweden and Switzerland will share experiences in a new group headed by former European Central Bank official Benoit Coeure and assisted by the Bank of International Settlements, they said.

Central banks across the world have quickened the pace with which they are looking at issuing their own digital currencies in the wake of Facebook’s push to launch Libra.

Of major central banks, China’s has emerged as the frontrunner in the drive to create its own digitised money, though details of the project are still scarce.

“The group will assess ... economic, functional and technical design choices, including cross-border interoperability; and the sharing of knowledge on emerging technologies,” the central banks said in a statement.

CBDCs are traditional money, but in digital form, issued and governed by a country’s central bank. By contrast, cryptocurrencies such as bitcoin are produced by solving complex maths puzzles, and governed by disparate online communities instead of a centralised body.

The common denominator is that cryptocurrencies and CBDCs, to a varying degree, are based on blockchain technology, a digital ledger that allows transactions to be recorded and accessed in real time by multiple parties.

Last year BoE hovernor Mark Carney took aim at the US dollar’s “destabilising” role in the world economy and said central banks might need to join together to create their own replacement reserve currency.

The best solution would be a diversified multi-polar financial system, something that could be provided by technology, Mr Carney said.

Facebook’s Libra was the most high-profile proposed digital currency to date but it faced a host of fundamental issues that it had yet to address, he added.