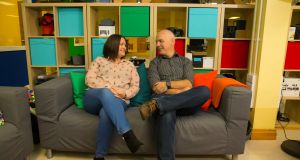 Virtual reality company VR Education said revenue in 2019 was below market expectations as delays in the launch and a lack of mobile hardware hit growth.

However, the company said it was optimistic about the coming year, as the situation had now been resolved, and there was “a clear path” for its products to generate revenue in the current financial year.

VR Education, which focuses on the education and enterprise training space through its Engage platform, said revenue for 2019 was expected to be just over €1 million, a 42 per cent rise year on year. Its earnings before interest, tax, depreciation and amortisation loss fell to €1.49 million from €1.54 million a year earlier as the company put in place cost controls.

VR Education had a cash balance of €1.29 million at December 31st 2019, a higher level than expected.

In an update to the market on Thursday, the company said 2019 “represented an important year of progress”, signing up its first customers for its Engage platform, which was released on PC-supported VR devices at the end of 2018.

“The lack of hardware available for potential business customers during 2019 accounted for a substantial portion of the shortfall in the Group’s overall revenue target for the year, however, the Board does not believe that this will be an issue for 2020 onwards as the group is working closely with several VR headset makers including Pico, Facebook, HTC and Deutsche Telekom, ” the company said. “With Engage becoming platform agnostic in early 2020, the Group can now finally service many of the potential sales leads received during 2019 and which it continues to receive today.”

“While it is disappointing to not have grown revenues for FY19 at the pace previously forecasted, we have grown in the year and made significant progress which lays solid foundations for further growth in FY20,” said David Whelan, chief executive of VR Education. “With VR adoption becoming more mainstream through the wider availability of new standalone VR devices, along with the improvements that 5G deployment will bring, we are confident that 2020 will see an increase in demand for immersive experiences.”

He said the company expected to see strong growth of sales of its virtual reality showcase experiences, which includes an Apollo 11 VR experience and the new Space Shuttle experience, and was optimistic about adoption of its Engage platform.

The group has also signed an agreement with Deutsche Telekom to release Engage on its new VR device for 2020, which will bring Engage to its new 5G customers, and will bring the platform to the HTC Vive Focus Plus standalone VR headsets.