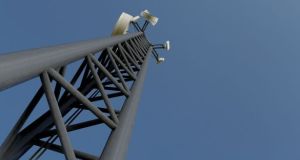 Cellnex acquisition was structured into six separate transactions – one for each country – with the deals for assets in Ireland, Austria and Denmark closing last month.

Newly filed documents show the Spanish-headquartered group recently transferred €500 million to its Irish subsidiary as part of the transaction, which saw the company acquiring 1,150 towers and sites locally.

Cellnex agreed a wider €10 billion deal with CK Hutchison late last year for its European portfolio, which consists of over 24,600 towers and sites. The agreement also covers the rollout of up to 5,250 additional sites over the next eight years with an associated investment of up to €1.4 billion.

The acquisition was structured into six separate transactions – one for each country – with the deals for assets in Ireland, Austria and Denmark closing last month.

Cellnex is due to complete transactions with Sweden, Italy and Britain in the coming months and will have about 10,300 towers and telecommunications sites once concluded.

The Spanish mast operator agreed to make an initial payment of about €8.6 billion in cash with the rest paid in new shares, giving CK Hutchison a 5 per cent stake in Cellnex.

The company declined to comment on the price paid for the Irish assets.

Cellnex entered the Irish market in 2015 with the acquisition of 300 tower locations from State forestry company Coillte. It acquired telecoms infrastructure company Cignal in a €210 million deal in September 2019 and announced plans to roll out up to 600 new sites by 2026 as part of that transaction.

The group said it invested more than €10 million in new telecoms infrastructure in its first year in the Irish market with over 100 additional sites built. It also agreed a partnership with Coillte to invest €5 million in rolling out fibre connections to the Cellnex sites located on the State-owned forestry company’s property.

Cellnex’s deal with CK Hutchison comes at a time of great upheaval in the telecoms infrastructure space.

Vantage Towers, the mobile masts company spun out of Vodafone Group, announced plans on Wednesday to float in Frankfurt by the end of March in a deal that could value it at up to €18 billion. Elsewhere, Eir sold its tower infrastructure subsidiary to US group Phoenix Tower International for €300 million in September 2020.