Can a robot write poetry? 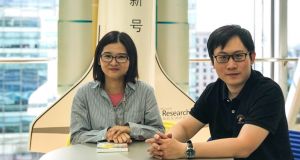 We are told that no matter how advanced artificial intelligence becomes it will most likely never attain human qualities such as pathos, empathy, humour, and the creativity that drives art, cinema and literature. However, AI is created by humans who try to advance it further every day and imbue it with humanlike qualities.

Computer scientists at Microsoft Research Asia are working on designing AI that attempts to mimic the depth and creativity of poetry using images as a source of inspiration. We’ve all looked at a beautiful sunset and some of us have even been inspired to write (good or bad) poems as a result. Can machine learning replicate this?

Sure, there is plenty of research into the auto-generation of straightforward descriptive text based on images and this is getting rather accurate but what if we wanted an algorithm to be both correct and poetic? As researchers Bei Liu and Jianlong Fu explain, it is a fairly subjective task. Using more than 8,000 images, Liu and Fu trained their system using both humans and algorithmic agents.

Here’s what this creative AI wrote after “seeing” a typical wintry countryside scene: “Sun is shining. The wind moves. Naked trees. You dance.”

1 Bank leaked my loan request to family who tried to rip me off
2 Eason acquires rival Dubray Books for undisclosed sum
3 Siblings who became ill next to wind farm settle case
4 Solar panels: Are they worth the investment?
5 Can I see my father’s previous wills?
Real news has value SUBSCRIBE