Web Log: PublicDomainMovie.net is a treasure trove for fans of Hollywood past 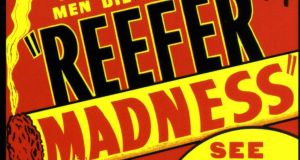 Reefer Madness is among the classics available to watch on PublicDomainMovie.net

Netflix ain’t the only show in town. There are other places to find films and documentaries if you know where to look. One such hub is PublicDomainMovie.net.

As the name suggests, it links to movies now in the public domain including black and white classics such as Night of the Living Dead, Battleship Potemkin, His Girl Friday, and The Stranger starring Orson Welles.

This is a treasure trove for fans of Hollywood past with feature films starring Frank Sinatra, Ginger Rogers and even silent film stars like Bela Lugosi and Mary Pickford. For those more inclined to guffaw at vintage comedy there is a large collection of Charlie Chaplin shorts and material from Laurel and Hardy and the Three Stooges.

I even came across that oft-parodied classic Reefer Madness where American youths from the 1950s are warned about the dangers of “marihuana”. As the film opens, we are told: “space expands, time slows down, almost stands still,” which sounds cool but a few drags from a spliff and apparently it all “end[s] in incurable insanity”.