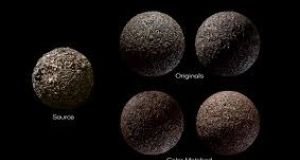 Unity Technologies, a company with its headquarters in San Francisco with a $6 billion (€5.5 billion) market valuation, has emerged as the buyer of Irish gaming start-up Artomatix.

The company, which is reportedly planning to go public shortly, acquired Dublin-based Artomatix in late December in a deal valued at up to $60 million.

The buyer was not named at the time but recently filed documents show that Unity’s chief financial officer, Kim Jabal, and its vice-president of engineering, Brett Bibby, have become directors of the start-up.

Artomatix has developed artificial intelligence (AI) software technology that significantly cuts the cost of content creation for animated movies, video games and AR/VR applications through automation. The technology gives 3D artists the ability to speed up their workflow, thanks to algorithms that can generate thousands of images based on the initial design and parameters that an artist provides.

Among its backers were Enterprise Ireland and Sure Valley Ventures, a London-listed investment firm led by Irish entrepreneur Barry Downes, who previously founded Feed Henry.

Unity Technologies has developed a 3D video gaming engine which is used to develop titles for mobile, VR, AR and traditional consoles. Apps made with Unity reach 2.7 billion devices worldwide and were installed more than 24 billion times in the past 12 months.

Founded in Copenhagen as Over the Edge Entertainment in 2004, the company has raised $1.2 billion to date, including a $525 million Series E funding round last July that valued the company at $6.28 billion. Investors include Silver Lake Management, DFJ Growth, Mana Ventures and Thrive Capital.