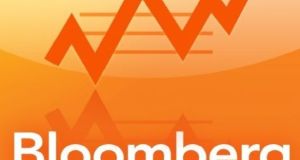 The enterprise software company, which was acquired by the financial data giant for a reported $25 million, was recently provided with over $200 million in fresh equity by its parent.

Newly filed accounts show pretax losses at the company increased to $33 million from $28.1 million last year as revenues rose to $13 million, compared with $11.6 million in 2017.

Bloomberg Polarlake Holdings Limited wrote off €35.9 million in impairments during the year.

Its parent agreed in August to convert an outstanding loan amount of $201.7 million into 20.2 million ordinary shares at $1 per value. It also invested $65 million into the company in exchange for a further 6.5 million shares, with a portion of the proceeds being used to repay interest on a $34.7 million loan.

The data management software provider, which spun out from Irish technology company Xiam in 2001, was allowed to continue to operate as an independent unit within Bloomberg following its acquisition in 2012.

The holding company’s subsidiary, Bloomberg PolarLake Limited, saw accumulated losses rise to $136 million this year after reporting a $30.8 million pretax loss. Revenues for the unit totalled $13 million, up from $11.5 million a year earlier.

PolarLake’s auditor Grant Thornton warned in a note included in company accounts filed two years ago that “a material uncertainty exists that may cast significant doubt on the company’s ability to continue as a going concern”.