Firm to open offices in Galway, Limerick and Cork, with Dublin as base European base 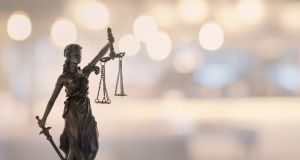 Tully Rinckey is to create 38 jobs in its Irish operations. Photograph: iStock

US law firm Tully Rinckey is to create 38 jobs at its Irish operation over the next three years.

The company made the announcement as it formally opened its Dublin office.

The Irish business is part of the company’s long-term focus on international diversification. It said Dublin was the “stepping stone” to its goal of becoming the go-to legal services firm for Irish and international businesses, with the office serving as a platform for its European expansion.

The company plans to open offices in Galway, Limerick and Cork, followed by the opening of other offices throughout Europe, Asia and the Middle East.

The company was officially approved from July 4th to practise by the Law Society of Ireland, and officially opened its offices with a reception on Wednesday evening.

The move is being supported by IDA Ireland. “It is great to hear that the firm intends to set up offices in regional locations across the country over the coming years,” said IDA Ireland executive director Mary Buckley. “Tully Rinckey’s investment in Ireland is yet another example of how Ireland’s legal services sector is transforming into an internationally recognised litigation and arbitration hub.”