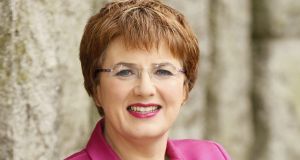 Sodexo is led locally by Margot Slattery, who was recently named one of the most powerful women in Ireland

The Irish subsidiary of Sodexo, which employs more than 1,800 people, has reported a huge surge in profits on the back of increased business locally.

The outsourced food services and facilities management group recorded a 38 per cent increase in pretax profits from €2.70 million to €3.74 million for the 12 months to the end of August 2017.

The rise in profit came after revenues rose 11.4 per cent rise in revenues from €85 million to €94.7 million.

Sodexo, which is one of the world’s biggest multinational services companies, is led locally by Margot Slattery, who was recently named one of the most powerful women in the country by WXN Ireland.

Among Sodexo Ireland’s recent wins was an integrated facililities management contract for DIT Grangegorman. Other clients include Bord Bia, the Central Bank and PayPal.

The group’s parent was founded by Pierre Bellon in Marseilles, France in 1966. It now employs nearly 420,000 people across 80 countries.

Ms Slattery was made a Chevalier of the Order De Merit by the French government last year, partly in recognition of her role in promoting diversity and inclusion in the workplace.

1 Why are markets booming when a crash is on the way?
2 Could your old car be giving away all your secrets to its new owner?
3 Permission sought for €150m film and media campus in Wicklow
4 Dunnes Stores trials online ordering from Cornelscourt outlet
5 Covid-19: Publicans and restaurateurs row over calls for VAT cuts
6 Ryanair passenger traffic slumps 97% as shutdown restricts travel
7 AIB U-turn on mortgage block for those on Covid wage subsidy
8 Vodafone to speed up 5G rollout using new technology
9 Staff at Bewley’s cafe on Grafton Street are made redundant
10 Up to 400 jobs saved in Cavan as MML takes stake in CG Power Systems
Real news has value SUBSCRIBE