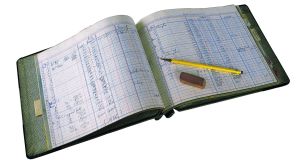 Two accountancy bodies have agreed a collaboration that will see the number of representative organisations in the industry in Ireland fall to eight.

A spokeswoman for the CPA said it was the first rationalisation of Ireland’s accountancy profession in 50 years.

The CPA, which has more than 5,000 members and students, said the collaboration would see its numbers rise by about 5 per cent. However, it will significantly increase its representation in public practice in Ireland – by about 18 per cent.

“In global terms, the Irish accountancy profession is relatively small, but has a relatively large number of distinct industry bodies. Therefore collaboration and resource-sharing is a sensible pursuit,” said Deirdre Kiely, president of CPA Ireland.

Accountancy is a rapidly growing profession with the numbers joining jumping by almost 20 per cent last year. There are now more than 36,000 qualified accountants in the State.