Daniels will take up her new role in September 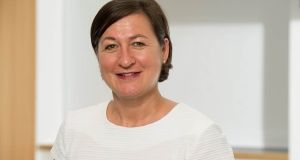 Ms Daniels joined the group in 2002 and is currently the retailer’s commercial director for packaged foods in the UK. She has held a number of senior commercial and marketing roles including director of brand in Tesco UK’s customer team.

The Irish Times first reported last week that Ms Daniels was tipped for the role after Mr Yaxley finished his time in charge of the Irish business on the back of his promotion to group chief product officer with Tesco.

Mr Yaxley’s appointment followed a number of executive movements in the company after the chief executive of Tesco’s UK and Ireland division was diagnosed with throat cancer. Charles Wilson has been undergoing radiotherapy and the company said he has responded well to the treatment and “all the signs are that the treatment has been successful”.

Ms Daniels, who has previously worked for Superdrug, Wella, SC Johnson Wax and Burton Group, will report to Jason Tarry, Tesco UK and Ireland chief executive and will join the UK leadership team.

“Kari has shown outstanding leadership and delivered improved performance in the product categories under her remit and is the very best person to lead Tesco Ireland forward,” Mr Tarry said.

Commenting on her appointment, Ms Daniels said she was “excited” to be joining the Irish operation.

“Customers have responded positively to Tesco’s sustained investment in price, quality and service and I look forward to building on this momentum as we continue to focus on serving Ireland’s shoppers a little better every day,” she said.

Ms Daniels will take up her new role in September.

Tesco is the largest grocery retailer in the Republic, with a market share of more than 22 per cent.