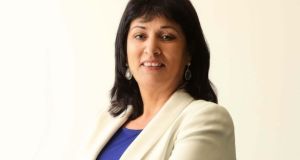 Recruitment company CPL Resources said full-year profit would be ahead of expectations after revenues and profits climbed in the six months to December.

The company said it had experienced “robust” growth over the first half of its financial year, with revenue up 5 per cent to €291.4 million, and gross profit rising 10 per cent to €51.1 million.

Goodbody analyst Gerry Hennigan said the performance at CPL contrasted with that of many of its British peers, which had recorded negative net fee income growth.

“While protracted uncertainty around Brexit remains an obvious risk, the strength of CPL’s Irish franchise, which accounts for about 78 per cent of group net fee income should continue to see it weather any Brexit headwinds better than most,” he said.

Strength in permanent recruitment was partly attributed to the increase in profit, but CPL said a focus on controlling costs, improving margins and increasing recruiter productivity also contributed.

However, Jack O’Halloran, analyst at the company’s broker, Davy, drew attention to the company’s success in its “continued shift to higher-margin, higher value-add services on the Flexible Talent side” of the business.

Chief executive Anne Heraty said: “We continue to see increasing client demand for solution oriented and flexible workforce models. With our recent investments in the Future of Work Institute initiative and our managed solutions division ‘Covalen’, we believe that CPL is well positioned to deepen our client relationships further, both domestically and internationally.”

On the back of the figures, Goodbody and company broker Davy both raised their full-year profit forecasts for the group by around 10 per cent to €27 million.

Davy noted that shares in the business are currently trading at a discount to the average for the sector.