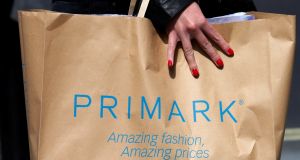 The firm said on Monday it expected “progress” in adjusted operating profit and adjusted earnings per share in its 2017-18 year.

It said sales at Primark for the year were expected to be 5.5 per cent ahead of the previous year at constant currency, driven by increased selling space, offset by a 2 per cent decline in like-for-like sales. – Reuters