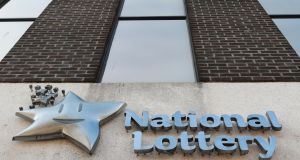 The National Lottery is particularly exercised by the arrival of so-called synthetic lotteries to the Irish market – there are about 15 operating here – calling them “parasites” and accusing them of “siphoning off” money from good causes.

But it’s unclear what they’re doing is anything different than what traditional bookmakers here have been doing for decades, namely taking bets on the outcome of weekly lotto draws.

Paddy Power Betfair, for instance, offers punters all manner of bets on the National Lottery, including odds on matching all six numbers drawn. But for some reason this has never been viewed as a threat or an encroachment on the State franchise, and if anything both businesses have happily co-existed.

However, the arrival of bet-on-lotto sites such as Lottoland and Mylotto24 to these shores have spooked lotto bosses. They offer punters the same payouts if they hit the right numbers through a complex formula of hedging and insurance, but no one has tested the formula on a big jackpot. They’ve been described as the Uber of the lotto industry.

According to insiders, the difference between them and the traditional bookmaker is that they tend to feed directly off jackpot fever and engage in aggressive marketing campaigns when the jackpots are big.

In contrast bookmakers don’t aggressively market their lotto-betting business and offer punters, in most cases, a different type of play, which isn’t seen as a direct threat to lotto sales.

Australia recently moved to ban third-party betting on national lottery games after some state lottos there reported a 20 per cent fall-off in sales as a result of competition from these sites. We don’t know how much of the Irish market these entities have taken, but the Irish Government is expected to come under pressure for a similar crackdown.