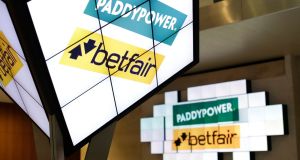 Paddy Power Betfair has been fined £2.2 million (€2.5 million) by the UK gambling watchdog for a raft of failings including allowing a punter to gamble money stolen from a dogs’ home.

The Gambling Commission found “significant” amounts of stolen money had been gambled with Paddy Power’s online exchange Betfair after it failed to carry out proper anti-money laundering checks.

The commission’s inquiry centred on five customers in 2016, including two who were allowed to gamble stolen money – one of whom had defrauded his employer, Birmingham Dogs Home.

Simon Price, who was chief executive of the dogs’ home, and his wife, Alayna, admitted cheating the charity in an £894,754 fraud over four years from 2012 to feed his gambling addiction. Mr Price was jailed for five years at the end of 2017, while Mrs Price was given a two-year suspended term.

As part of Paddy Power’s settlement with the Gambling Commission, the money will be returned to the dogs’ home.

The regulator also found three Paddy Power customers were allowed to bet “extensively” online and through its betting shops despite signs of problem gambling, which were not picked up after failures to interact with the punters.

Paddy Power Betfair will pay out £1.7 million to charity Gamble Aware and just under £500,000 to victims and impacted parties, as well as £50,000 to cover the commission’s investigation costs.

Richard Watson, executive director of the Gambling Commission, said: “As a result of Paddy Power Betfair’s failings, significant amounts of stolen money flowed through their exchange and this is simply not acceptable.

“Operators have a duty to all of their customers to seek to prevent the proceeds of crime from being used in gambling,” he said. “These failings all stem from one simple principle – operators must know their customer.

“If they know their customer and ask the right questions, they place themselves in a strong position to meet their anti-money laundering and social responsibility obligations.”

Paddy Power Betfair chief executive Peter Jackson said: “We have a responsibility to intervene when our customers show signs of problem gambling.

“In these five cases, our interventions were not effective and we are very sorry that this occurred.

“In recent years, we have invested in an extensive programme of work to strengthen our resources and systems in responsible gambling and customer protection. We are encouraged that the Gambling Commission has recognised significant improvement since the time of these cases in 2016.” – PA