Musgrave NI to open up to 20 additional stores 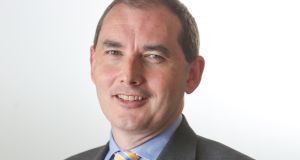 Michael McCormack, managing director of Musgrave NI: ‘Our plans are ambitious but achievable,’ he says

Musgrave NI, the grocery and convenience retailer, plans to open up to 20 additional stores and revamp 40 existing stores in Northern Ireland as part of a £28 million investment programme that could create a further 500 jobs in the North.

The Northern Ireland business, which is part of the Cork-headquartered Musgrave Group, owns the SuperValu, Centra, Mace and MarketPlace brands in the North.

Last year the Musgrave Group reported pre-tax profits of €84.5 million across the island on a turnover of €3.9 billion.

Michael McCormack, managing director of Musgrave NI, said the group results “provide a solid platform” for the organisation to grow its presence in the North.

“Our plans are ambitious but achievable. For us this is all about how we’ll realise our vision to redefine convenience in Northern Ireland,” Mr McCormack said.

Over the last number of years Musgrave NI has introduced an artisan on the go coffee brand, a freshly prepared standalone salad bar and other new food concepts in response to consumer demand for healthier options.

According to Musgrave NI this helped to deliver “significant growth in 2018”.

Musgrave employs more than 1,500 people in Northern Ireland but it is keen to find new independent retailers to join its organisation and is also looking at buying over existing convenience stores and investing in new sites.

1 Owner of Dundrum Town Centre to sell prized assets
2 Oprah wore my dress to the Oscars to pick up a lifetime award
3 How to . . . move (almost) everything to your new phone
4 Office rentals in Dublin halved in opening six months of year due to Covid-19
5 Pensions to be hit as Bank of Ireland charges negative interest on cash
6 Can a first-time buyer get relief on a buy-to-let home?
7 Belfast tech company secures deal with Australian prison
8 The iceberg theory of work-related accidents
9 Airport or city centre – where is cheaper to buy perfumes, cigarettes and alcohol?
10 Tech review: Huawei Watch GT 2
Real news has value SUBSCRIBE