Imperial already sells Myblu in the UK, US and in Europe, where it is the market leader in some countries 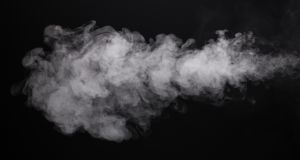 Tobacco group Imperial Brands has launched its Myblu vape on the Irish market, the latest in a line of such products targeting smokers bidding to kick the habit.

“Vapes” heat liquid containing nicotine, allowing the user to inhale the vapour produced. Some European health authorities, including in the UK, agree they are less harmful than smoking, but the Republic has not taken any position.

Imperial, whose better known products include John Player cigarettes, Cohiba cigars and Rizla rolling papers, already sells Myblu in the UK, US and in Europe, where it is the market leader in some countries.

According to Irish head of marketing Carmel Balala, Myblu is already in about 50 per cent of convenience stores here, and the company aims to have it stocked in the rest shortly, as well as specialist vape shops. She stressed that Imperial was aiming the product strictly at adult smokers.

US company Juul recently launched a closed vape on the Irish market.

1 How long can Government afford to keep State pension age at 66?
2 Guinness brings out a non-alcoholic version of the black stuff
3 Frank Fitzgibbon stepping down as Sunday Times editor
4 How much will a Covid-19 vaccine cost?
5 Farm lobby seeks EU ban on vegan ‘burger’ and veggie ‘sausage’
6 Paul Coulson plans record $1.8bn Ardagh investment
7 Don’t worry about the deficit – the lockdown risk is to jobs
8 Learner drivers could pay €600 more in insurance due to test delays
9 Google's incredible power is the result of decades of regulatory failure
10 Budget 2021: fuel prices rise and high-emission cars hit
Real news has value SUBSCRIBE