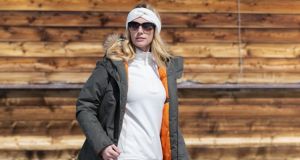 Outdoor clothing and equipment chain Mountain Warehouse has said it is on track for record profits after it increased sales by 16.2 per cent in the 13 weeks to December 29th.

Mountain Warehouse has close to 400 stores internationally – including 10 in the Republic and three in Northern Ireland – and plans to open about 50 more this year. It sells 20 million items a year, from jackets and fleeces to rucksacks and sleeping bags.

Sales by sister gift and stationery chain Neon Sheep more than doubled to £3.2 million. Neon Sheep expanded to 25 stores with at least 10 more due to open this year.

The group, which employs more than 3,500 people, said it is “on track” for record full-year profits, helped by Black Friday which was the busiest day in the company’s history with total sales of more than £2.5 million.

The company served more than three million customers during the festive period.

Mountain Warehouse chief executive Mark Neale said: “I’m delighted to be reporting record Christmas trading for the 22nd year running, despite the snap election and some economic uncertainties around Brexit.

“It demonstrates the success of our bricks-and-clicks strategy and proves the doom-mongers predicting the death of the high street are wrong.

“This puts us well on course for another record year and, as a result, we are continuing to invest in more stores, new territories and our online business.”