Losses more than double at Irish arm of TNT Express 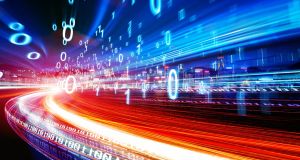 The cyber attack involved the spread of an information systems virus through a Ukrainian tax software product. Photograph: iStock

Pretax losses at the Irish arm of logistics company TNT Express more than doubled last year to €2.2 million after its parent suffered a “crippling” cyber attack.

Accounts filed by Dublin-based TNT Express (Ireland) Ltd show that the company’s pretax losses increased by 131 per cent to €2.2 million in the 12 months to the end of May last.

Revenues at the Irish arm declined by 31 per cent from €52.59 million to €36 million, but the drop had much to do with the previous accounting period spanning 17 months as opposed to 12.

Costs at the business fell by 36 per cent last year.

The year under review coincided with a cyber attack on TNT Express globally that cost the business worldwide $400 million (€353 million) in the 2018 fiscal year.

The $400 million cost was primarily from loss of revenue due to decreased shipments in the TNT Express network as well as incremental costs to restore operations.

The cyber attack known as NotPetya occurred on June 27th, 2017 and involved the spread of an information systems virus through a Ukrainian tax software product.

Immediately after the attack, contingency plans were implemented to recover TNT Express operations and communications systems, and substantially all TNT Express services were fully restored during the first quarter of 2018.

The directors’ report for the Irish arm states that “no data breach or data loss to third parties is known to have occurred”.