Investigation urged into break-up of big four accountants in UK 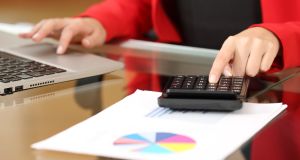 The intervention comes on the back of a string of high-profile accounting scandals. Photograph: iStock

A UK financial regulator has called for an inquiry into whether the big four accounting firms should be broken up, in a move aimed at ending their dominant position auditing the accounts of Britain’s biggest listed companies.

Stephen Haddrill, chief executive of the Financial Reporting Council that regulates accountants in the UK , said the country’s Competition and Markets Authority should investigate the case for “audit only” firms in an effort to bolster competition and stamp out conflicts of interest in the sector.

The radical idea would force the big four firms - Deloitte, EY, KPMG and PwC - to spin off their UK audit arms into separate businesses.

Mr Haddrill’s intervention follows a string of corporate accounting scandals, ranging from Carillion in Britain to Steinhoff in South Africa and Petrobras in Brazil.

“There is a loss of confidence in audit and I think that the industry needs to address that urgently,” he said. “In some circles, there is a crisis of confidence.”

Mr Haddrill has held three discussions with the Competition and Markets Authority about opening an investigation into the UK audit market, and further talks are scheduled.

He said the Financial Reporting Council was initially opposed to the idea of “audit only” firms when Michel Barnier, then the EU commissioner responsible for the internal market, broached the idea in 2011.

But the failure of subsequent UK and EU reforms to reduce the stranglehold of the big four over the audit market meant the idea of audit only firms “needs to be reconsidered”, he added. “I’m keen that we revisit that question,” said Mr Haddrill.

Deloitte, EY, KPMG and PwC audited all but nine of the UK’s 350 largest listed companies at the end of their latest financial years, according to Manifest, a research firm that advises investors.

Their market share has grown in recent years in spite of an investigation by the UK Competition Commission - the predecessor body to the Competition and Markets Authority - that resulted in a stricter regime for the accounting industry in 2013.

This included a requirement that FTSE 350 companies put their audit out to tender at least every 10 years. In 2016, the EU introduced new rules that obliged listed companies in the bloc to change their auditor every 20 years.

Mr Haddrill said: “The Competition Commission introduced some remedies to try and encourage more competition. But there is no more competition. So it seems to me that we ought to have another look at [the audit market].”

The Competition and Markets Authority said: “We are actively monitoring the remedies put in place following the Competition Commission’s inquiry...This monitoring is ongoing and the remains open to looking further at this sector in the future.”

Mr Haddrill’s concerns about competition issues in the audit market have intensified in the light of the rapid growth of the big four firms’ consulting arms.

Longstanding critics of the big four fear a firm’s audit work could be compromised if it secures large additional fees from the same client by doing consulting work, in areas such as tax advice. A broader concern is that firms are too focused on consulting, and not enough on audit.

Mr Haddrill said: “If you’re in the senior leadership of the firm, I think you need to be focusing heavily on your public interest responsibility, which is the audit bit. [But]so much of your attention is bound to be drawn to the most profitable and the fastest-growing part of your business, which is not the public interest part.”

Other potential reforms put forward by Mr Haddrill included a “ringfencing” of accounting firms’ audit arms. He also flagged the case for a cap on the number of listed clients each firm is permitted to audit.