Ikea seeks to build a new version of itself 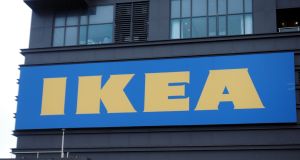 The Covid-19 pandemic closed about three-quarters of Ikea’s stores at the peak. Photograph: EPA

Just off Oslo’s main shopping street lies an experiment at the heart of Ikea’s attempts to disrupt itself before it is disrupted. Until recently the only way to experience Ikea was to travel to the outskirts of big cities, visit an enormous warehouse and transport the furniture home yourself to then spend hours assembling it.

All that is changing, and the Oslo planning studio is just one in a bewildering number of experiments encompassing everything from renting out furniture to students to selling second-hand sofas.

While at an early stage, the moves will provide a case study of a large company trying to rediscover the entrepreneurial spirit that brought it success. If scaled up, the experiments would potentially uproot a business model that Ikea has followed faithfully for seven decades.

The new strategy of greater experimentation comes as the privately owned Ikea faces increasing competition from online retailers such as Amazon and Alibaba. The Covid-19 pandemic – which closed about three-quarters of Ikea’s stores at the peak – has also had an impact, with group sales falling 4 per cent in the financial year to the end of August. There are risks with Ikea’s changes, not least how to make the range of tests not just eye-catching but profitable.

The Oslo shop – nestled in a block between Norway’s parliament and its government buildings – offers customers the chance to plan their new kitchen or bedroom while seeing almost the total range of materials for cupboard doors, benchtops or wardrobes.

On a visit this week, there were more yellow-shirted Ikea workers than customers. But for the world’s largest furniture retailer, the appeal of meeting its customers closer to where they work and live rather than out in the suburbs is a powerful one.

“In the early tests we did, we had struggles,” says Jesper Brodin, chief executive of Ingka Group, the main Ikea retailer. “But now we are reaching the masses.”

It is not just planning studios. In Paris, Ikea opened a smaller store in the chic central district of La Madeleine; it now attracts 10,000 shoppers a day and Mr Brodin says it is trying to improve the range of goods and logistics for the store. Due to the new store formats, Ikea is set to open a record number of stores this year.

It is also playing an increasing role as a property investor, snapping up parts of the nearby Rue de Rivoli as well as Hammersmith shopping centre in London and parts of San Francisco. Its aim is not just to be a landlord but to find new ways of “creating meeting points with customers” through new store formats and collaborations with other companies.

“We’ve been quite limited in the format we use. We have forced you to drive out to the warehouses. Now people can access us where they can,” says Jon Abrahamsson Ring, chief executive of Inter Ikea, the owner of the brand and concept. He argues that even with a big rise in online demand, most people still want to touch or see a kitchen or sofa in real life before buying. In an ironic twist, Ikea has turned parts of its existing big-box stores into fulfilment centres for online shopping.

There are plenty of tests beyond store format. Ikea is pushing more into services such as assembly and delivery as well as increasing the re-use of its furniture through second-hand sales, buying it back from customers, or renting it out to small businesses or students. It is also looking at offering spare parts to prolong the life of its furniture, amid criticism that its model encourages people to buy cheap goods and then throw them away.

Testing is the easy part. The harder bit is finding out what works and making business sense of that. “The most important thing for me for furniture as a service is to make it profitable. We need to scale it up at a higher speed, we need to make it part of the business model,” says Mr Brodin.

One question is whether it will be able to handle all the tests and turn them into something coherently whole. Critics have argued that Ikea became increasingly bureaucratic in recent years compared with its buccaneering style in the 1970s and 1980s.

But at least the company is asking the right questions about what trends such as digitalisation, urbanisation and sustainability will mean. That gives it a greater chance of success of using its corporate Allen key to bolt together a new business model. – Copyright The Financial Times Limited 2020