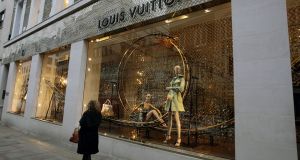 Some consumers are eager to splurge despite a dire economic backdrop

The owner of Louis Vuitton enjoyed an unexpected rebound in consumers’ appetite for dresses and monogram bags, buoying third-quarter sales.

Some consumers are eager to splurge despite a dire economic backdrop. LVMH’s performance shows how its leading brands are helping it weather the pandemic’s destructive economic consequences after lockdowns and travel quarantines sent the luxury industry into a deep slump.

China is leading the rebound after it largely eradicated the virus domestically, and wealthy Chinese consumers are seeking comfort in retail therapy given ongoing curbs on international travel.

Luxury firms including LVMH, Kering and Estee Lauder Cos reported mid-double digit sales growth in China for the second quarter, while duty-free stores in Hainan recorded a 167 per cent jump in sales during the week-long October national holiday.

The upbeat report by LVMH, the first of the major European luxury players to report quarterly results, bodes well for others in the sector, said Luca Solca, an analyst at Sanford C. Bernstein.

“We expect more players to follow this path – most notably Hermes,” he said in a note.

LVMH stunned investors when it announced last month that it planned to pull out of a $16 billion deal to buy Tiffany and Co. Earlier on Thursday the US jeweller unveiled positive sales trends in an effort to keep the deal on track.

LVMH’s divisions had sharply mixed results in the latest period, with the wines and spirits unit – which houses Hennessy Cognac and Moet and Chandon Champagne – seeing organic revenue fall 3 per cent, less than half the decline analysts were expecting.

With travel abroad nearly impossible, Chinese consumers who have driven the luxury industry’s growth are spending more at home.

Pent-up spending desire during Covid-19 lockdowns earlier this year is also now being unleashed in so-called “revenge shopping”. The Louis Vuitton brand returned to growth in China in the third quarter, chief financial officer Jean-Jacques Guiony said on a call.

“Many wealthy Chinese consumers are switching their spending from international travel to luxury purchases,” said Amrita Banta, Singapore-based managing director at luxury consultancy Agility Research. “We have seen a lot of interest in more iconic brands, and also we have seen people upgrading to the more well-known brands.”

Overall demand should continue to grow in the second half, and full-year luxury sales in China is projected to rise as much as 30 per cent this year, said the Boston Consulting Group in a September report co-authored with Tencent Holdings’s market research unit.

The company, known for cautious projections, said it remained concerned about the economic outlook as the coronavirus spreads again in key markets, including Europe. Still, it said it would maintain marketing spending and other measures aimed at boosting the value of its brands.

“Luxury consumption isn’t a proxy for global consumption,” Guiony said, cautioning that other sectors may not be similarly resilient.

The quarterly performance was driven largely by smart marketing at key brands such as Louis Vuitton and Dior, said Guillaume Gauville, an analyst at Credit Suisse. “Investors should be careful in extrapolating this beat into other fashion brands,” he said in a note. – Bloomberg

1 Policy failed us during the banking crisis and it’s failing us again
2 No-deal Brexit could trigger rise in food prices, says Simon Coveney
3 Aryzta to pursue asset sales as takeover talks fail
4 Samsung patriarch Lee Kun-hee dies at 78
5 Bank of Ireland executive Sean Crowe to leave at end of year
6 In praise of Gogglebox Ireland, an essential service in all but name
7 Goldman Sachs in talks to take over Blanchardstown shopping centre
8 Retailers accused of ‘stealing business’ from rivals by flouting restrictions
9 How to . . . move (almost) everything to your new phone
10 Dating apps move past their shaky start
Real news has value SUBSCRIBE