Ikea looks to launch sales platform that would include rival products 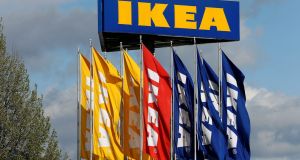 Ikea is exploring the launch of an online sales platform offering furniture not just from the famous flat-pack retailer but also from rivals as part of its big transformation.

The world’s biggest furniture retailer is finalising the details on its first test of selling on a third-party website such as China’s Alibaba or Amazon, according to Torbjorn Loof, chief executive of Inter Ikea.

But Mr Loof also told the Financial Times that there had to be something between Ikea’s own website and general sites such as Amazon that sold almost everything.

“What are the opportunities between the dominating, big, global platforms, and the company website? I think there are tons of opportunities. Like Zalando: they’re a kind of platform for fashion and clothes. I think it’s a very interesting area to explore,” he added.

Zalando has become Europe’s largest online fashion retailer by selling clothes from multiple brands, none of whom are owners of the German website.

Mr Loof underscored that Ikea was not yet in talks with any of its rivals but added that it would like to be involved in the creation of any industry-wide sales platform.

“You like to control your own destiny so in that sense if you have the size and the possibility that’s true [that Ikea would like to create it]. I think in the next five, 10 years, we will see what we now call the platform developing,” Mr Loof said.

Ikea is undergoing some of the biggest changes in its history as it tests concepts from leasing furniture and selling it on other websites to having city-centre shops and offering home assembly to its customers.

It has drawn attention previously for telling the Financial Times that it was planning trials of selling on third-party websites. Mr Loof said such discussions had taken longer than expected but that one test should start soon. Asked if it would be with Amazon, he said: “I don’t think it’s Amazon.”

He said Alibaba and Amazon had different models with the former’s Tmall “a shop-in-shop, more like a shopping centre”. He added: “We wanted to see and test and learn - to say: could this be something for us? For a specific part of the range or in specific types of markets?”

The chief executive of Inter Ikea, which owns the brand and concept behind the furniture retailer, said he expected routes to online sales to open up in the coming years and that he wanted his company to be part of that.

“We are always exploring. You could say within the digital arena we’re exploring the third-party platform, Ikea engaging on other platforms, the platform business in the industry as a whole, how can we make our own ikea.com much stronger and better,” he said.

He added: “It is also about how you connect. If you take home furnishings, for instance - how you connect communities, how you connect knowledge, how you connect the home. It’s not only furniture, it’s paintings, it’s the do-it-yourself part. There are many different constellations that can and will evolve over the years to come.” – Copyright The Financial Times Limited 2019