Fitness manufacturer has created gyms for Arsenal, Everton and Google among others 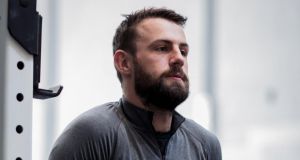 Gregory Bradley: “We have been growing aggressively for six years but what we want to do is keep it manageable and sustainable.” 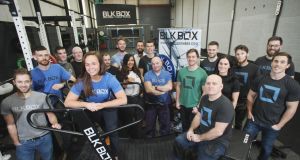 The staff at BLK BOX Fitness

BLK BOX Fitness is a fitness equipment manufacturer based in Belfast’s Titanic Quarter. Established in 2012 by 30-year-old managing director Gregory Bradley, the business specialises in the design and manufacture of strength and conditioning equipment.

I wouldn’t say we have competition in Ireland. We manufacture 30-35 per cent of our equipment in Belfast, which gives us a huge lead time advantage on other companies. We also work in the knowledge economy in consultancy. We’ve worked with Arsenal, Everton, Sri Lanka cricket. We fitted out a gym for Conor McGregor in Portugal. We also have sole supply rights for Sport Scotland, the sporting body, that’s a huge tender for us.

The advice I think about the most was from Charlie Tremendous Jones. He said you will be the same person in five years that you are today except for the people you meet and the books you read. When you read, you’re getting the person’s lifetime knowledge for £5 or £10. There’s a running joke in the company ‘Frank Sinatra didn’t move his own piano’ – I firmly believe you should play to your strengths but I’d still have to do a bit of the hard work.

At the start, I had a few friends I went into business with. It was probably a bit idealistic thinking that was going to work. I’ve made loads of mistakes. It’s learning from them and moving on because mistakes are inevitable.

Moving to a new headquarters in the Titanic Quarter, just underneath the Harland and Wolff cranes. I’m always looking to expand. We did Google just before Christmas. All of those are just the icing on the cake of doing smaller, independent gyms and giving them proper advice and equipment. Seventy-five per cent of our business is through referrals, which feels great and helps us not having to spend much on advertising.

Elon Musk would be one, I read his autobiography. Steve Jobs would be another. Locally, Alan Clark from Stat Sports in Newry would be another one. They’ve achieved a lot in 10 years, so that would be my goal.

I know banks extremely well. We’re in the process of getting a growth loan at the moment. We have a lot of new hires and we’ve taken on a new property. Banks get bad PR and rightly so sometimes. When you work with banks, you’re dealing with the person who wants to give you the loan, but credit can shoot you down. My advice with banks would be never to focus on one. Ask around. Invest NI have given us a lot of support.

What one piece of advice would you give government to help stimulate the economy?

The politicians in Stormont aren’t up to much. Brexit has had a negative impact so far in terms of costs going up with the exchange rate and importing products. I don’t know what the answer is going to be but we can only blame ourselves if we’re not successful.

I had a serious accident while playing Gaelic football a few years ago where I fractured my neck and skull and lost a lot of my memory. That gave me a bit of perspective. I’d already started the business at that stage. My brother died in Australia two years ago. I’d say personal challenges have been the biggest I’ve had to face.

We have been growing aggressively for six years but what we want to do is keep it manageable and sustainable. We’ve just taken on a new distributor in the Middle East to look after Dubai and Abu Dhabi. We’re also going to take on distributors in Europe.

I’ve an idea of what it’s worth but the price is what the buyer is willing to pay. I guess the reason you start a business is to have a saleable asset. We have a 10-year lease in the new property. At some point, I probably will sell it.