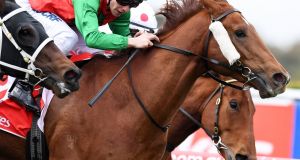 Online gambling group GVC approached Ladbrokes Coral, the UK bookmaker, in recent weeks with a takeover offer worth as much as £3.6bn to create one of the world’s largest betting companies

Online gambling group GVC approached Ladbrokes Coral, the UK bookmaker, in recent weeks with a takeover offer worth as much as £3.6 billion (€3.92 billion) to create one of the world’s largest betting companies.

According to two people close to the discussions, the talks broke down and are no longer active.

But they are the latest sign that British gambling groups are preparing for a fresh round of consolidation, with dealmaking disrupted as the industry braces itself for further regulatory crackdowns from UK authorities.

It is the second time that Isle of Man-based GVC has approached Ladbrokes about a tie-up, with talks held last year. At the time, Ladbrokes was completing its £2.2 billion combination with Coral.

Discussions have foundered for a number of reasons, including disagreement over the value of the companies, an issue exacerbated by the uncertainty surrounding the UK government’s review into the gambling sector that is expected to be released this autumn.

According to two people with knowledge of GVC’s proposal, it valued Ladbrokes Coral, which has 3,500 high street shops in the UK, at roughly 140p per share, or £2.7 billion. However, the online gambling company also proposed an uplift of about 50p per share depending on the outcome of the regulatory review. This could have pushed the final price up to £3.6 billion.

GVC’s approach has been bolstered by the performance of its share price, which has climbed more than 16 per on the year and given the company a market value of £2.26 billion. On Tuesday, shares in Ladbrokes Coral were trading at 119.6p.

Among the expected changes from the UK review is a clampdown on fixed-odds betting terminals (FOBTs) – instore machines criticised by campaigners as the “crack cocaine of gambling”.

Some British MPs and activist groups such as the Campaign for Fairer Gambling have argued that maximum stakes on FOBTs should be slashed from up to £100 to £2. Should this happen, Barclays, the bank, estimates that Ladbrokes Coral would lose £449 million in machine revenues in 2018.

A deal would have been the latest in an industry that is consolidating at a rapid pace due to competition on traditional bookmakers from online upstarts such as GVC and Bet365, as well as the impact of new regulations.

GVC, which is led by chief executive Kenny Alexander, has been among the most aggressive at scoping out potential deals. In 2015, the company, which owns Sportingbet, beat rival 888 Holdings to acquire Bwin.party in a £1.1 billion deal. In the same year, Betfair and Paddy Power combined to create the world’s largest online gambling company.

1 How do you know if you are wealthy? (It’s not straightforward!)
2 High Court overturns permission for height increase in Dublin apartments
3 Galway development could transform skyline with 21-storey tower
4 Big tech ‘procedural queries’ delay decision on first data fines – watchdog
5 The gadgets that can make travelling a bit more enjoyable
6 Appeals court sets aside €1.27m judgment entered by Bank of Ireland
7 Planning permission refused for major new office block in Galway city centre
8 Morgan Stanley buys online platform ETrade for $13bn
9 How can I view my dead brother’s will if I’m not the executor?
10 Ardagh sees earnings growth slowing after solid 2019
Real news has value SUBSCRIBE