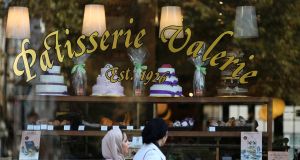 The UK Financial Reporting Council said it was looking into the audits by Grant Thornton of the financial statements of Patisserie Holdings for 2015, 2016 and 2017. Photograph: Reuters

The UK’s accountancy watchdog said on Wednesday it had begun an investigation into the audits of cafe chain Patisserie Valerie, which came close to collapse last month after being rocked by the discovery of substantial financial irregularities.

The Financial Reporting Council (FRC) said it was looking into the audits by Grant Thornton of the financial statements of Patisserie Holdings for the 2015, 2016 and 2017 financial years, under audit enforcement procedure legislation.

In October Patisserie Holdings said it had discovered “significant, and potentially fraudulent” accounting irregularities, which prompted the suspension of former chief financial officer Chris Marsh and the subsequent resignation of chief executive Paul May.

Shareholders then approved an emergency rescue package for the company in order to prevent it from financial collapse, but lambasted executive chairman Luke Johnson and his fellow directors. Last week it emerged that Mr Johnson had hired a former top investigator at the UK’s Serious Fraud Office (SFO) as his lawyer.

The FRC also said it was looking into the preparation of the group’s financial statements and other financial information by Mr Marsh – who was arrested by police and released on bail without charges in October – under accountancy scheme legislation.

The FRC may open an investigation under this legislation when an issue “raises or appears to raise important issues affecting the public interest” and there are reasonable grounds to suspect there might have been misconduct or that the individuals in question failed to comply with any of their obligations.

The SFO has also opened a criminal investigation into an individual.

Patisserie Valerie has outlets in both Dublin and Belfast. – Copyright The Financial Times Limited 2018