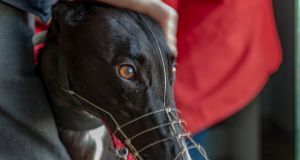 Betting tax was originally tied to support for the horse and greyhound racing industries, which lobbied for this year’s increase. Photograph: Michael MacSweeney/Provision

Looking at Paddy Power owner Flutter Entertainment’s first-half results, it’s hard to avoid the conclusion that governments are falling out of love with gambling.

Taxes and duties, such as a doubling of the Republic’s levy on betting to 2 per cent of turnover, and increases in Australia and the UK, cost the Irish-headquartered betting group an extra £47 million in the six months to June 30th.

That included the UK government’s decision to slash the maximum stake allowed in fixed-odds betting terminals to £2 from £100, reducing revenue from this source alone by £11 million.

The staking limit followed years of pressure from organisations that treat problem gamblers, some of whom dubbed the terminals “betting’s crack cocaine”.

Corporate bookmakers such as Flutter, which has businesses in Europe, Australia and the US, and turned over more than £1 billion in the first half of the year, are used to regulation.

Nevertheless, multiple tax increases and a staking limit are a lot to manage at once. It’s a change from a few years ago when the UK governments and others liberalised gambling laws and welcomed the jobs the industry created.

Governments, including our own, are always ambiguous about gambling. The recent Department of Finance Tax Strategy Group review illustrates this nicely. It says the Government is considering introducing a €2.5 million a year threshold, below which no betting tax would be levied on any bookie, to aid small independent operators struggling to compete with big players. The same document says the State taxes betting to account for problem gambling’s social cost.

So, to summarise, the review group says (perhaps not in exactly these words): “we tax gambling because it’s bad, but we’ll cut this tax to help some of those who offer others the opportunity to gamble”. It is inconsistent. It also ignores that betting tax was originally tied to support for the horse and greyhound racing industries, which lobbied for this year’s increase.

In fact, governments tax gambling because it’s convenient and involves little political backlash. They have not fallen out of love with the industry at all: the attraction grows stronger with every extra euro they raise from it.