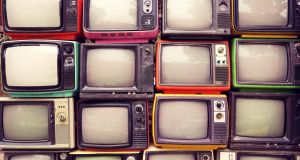 Sometimes what isn’t happening tells a much clearer story than what is. And in the case of the Broadcasting (Amendment) Bill 2019 there are many revealing silences.

While Minister for Communications Richard Bruton has been talking up the Government’s decision to put the collection of the television licence fee out to tender in the hope that this might make the process less woefully inefficient, another important piece of reform – the evolution of the fee to a “device independent” charge – was pushed out at least five years.

Absent from the Bill entirely is any measure that would require a statutory contribution to Irish-content funding by the internationally-owned companies that rake in hundreds of millions in revenues from the Irish market every year.

RTÉ had previously asked the Government to amend the “must offer” part of broadcasting legislation that means it can’t charge pay-TV operators for its main channels – at present, they can include them in their packages at no cost. In 2017, an Oireachtas communications committee backed it up on this in principle, as did the Broadcasting Authority of Ireland.

Opposition from pay-TV operators was fierce, however: Sky threatened to drop RTÉ from its service, while Virgin Media Ireland said it would pass the cost on to subscribers. Retransmission fees are now off the agenda, with the Minister saying on Friday that “there hasn’t been a consensus advice” on the issue.

Also yet to make it near any legislation is the possibility of charging a levy on those British broadcasters that share a hefty chunk of the Irish advertising market, or any policy that resembles the content levies on market-disrupting online streaming services. Other European countries have introduced such levies or are mulling them. But this Government is happier re-announcing relatively minor reforms that it promised ages ago.

We are a long way from the era of cathode ray tubes and dodgy aerials. Of course, there’s still time to give Irish culture the respect and attention it deserves, but is there five years? It would feel rash, indeed, to bet against there being another reason to starve the sector of funds come 2025.